Ultimatum of the League in Lamorgese, but the majority makes a wall 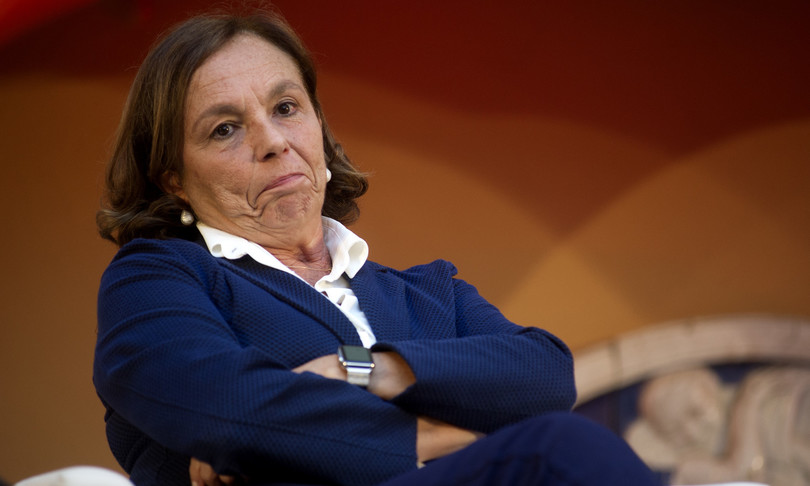 “You change course or so you don’t go forward”. The League launches the ultimatum to the Minister of the Interior, Luciana Lamorgese, for weeks now at the center of the harsh criticism of the party in via Bellerio. There are many open fronts: from migrants to security management, up to the mid.August rave party in the Viterbo area. “We entered the Draghi government to see a discontinuity, we did not enter this government to witness what we did not like about the previous government. by contacting the owner of the Interior Ministry who had just concluded the urgent information on the August rave.

However, the Northern League lunge finds its side only in the opposition, with FdI asking for Lamorgese’s resignation, and instead remains an isolated voice in the majority, where all the other forces reaffirm support for the minister, albeit with different nuances and underlining that in the management of the rave party “something went wrong” , as evidenced for example by Forza Italia, Coraggio Italia and Italia viva.

Molinari specifies that there is nothing personal, it is “political” criticism– The League, he reiterates, “entered the Draghi government in the hope of bringing its contribution and changing the line with respect to the previous government not only on the economy, on vaccinations, but also on an issue that is particularly close to our heart, such as that of immigration and that of security. This is why we often find ourselves in conflict with the minister, but it is not a personal matter, unlike the obsession that others have “.

The League leader acknowledges that “in recent months, since the beginning of the new government, we have not been sparing with criticism of Minister Lamorgese”, but is keen to explain that “they are political and factual criticisms”. Molinari then goes on to list the various issues that do not satisfy his party. First of all, the rave party: “Can someone explain to us how it was possible that 10,000 people entered the center of the country, setting fire to hectares of land, selling drugs, raping?”. So the immigration chapter, with the recent aggression in Rimini, and “the failure of the Malta agreement”, but also the pro.NGO line, argues Molinari, and the error of “giving wrong political messages, as in the Ius Soli”.

In short, the cahiers de doleances is long, while from the benches of the Democratic Party there are protests in defense of the owner of the Interior Ministry, brought back to order by Roberto Fico, forced to intervene several times even during the intervention of the minister himself, due to the protests of FdI (which shortly before had organized a flash mob in front of Montecitorio)

Giorgia Meloni is also very tough: “We do not deserve such a minister. We want his resignation for the good of Italy and Italians”– The Democratic Party goes on the counterattack: “The tones used in the Chamber by the League towards Minister Lamorgese are typical of an opposition party. It is time to put an end to this hypocrisy. The League does not share anything with the Draghi government, draw the consequences “, says the dem Alfredo Bazoli. And Enrico Borghi adds: “The Minister of the Interior did everything he had to do against an illegal fact that we condemn. Lamorgese did exactly the things that the previous ministers did: Salvini, Alfano, Maroni. The political theme of this one. affair is the perennial night of long knives in the Italian right. There is a hegemonic struggle within the right. Has Senator Salvini decided to make an autumn ‘Papeete’? One thing is certain: the continuous dripping damages the government action and to the Prime Minister “.

In the same vein, the 5.star Movement which, with Vittoria Baldino, takes sides alongside the minister, stigmatizing the attitude of the League which “risks undermining the success of the mission of this government, created to complete the vaccination, secure the PNRR and restart the country”. For the pentastellata “whoever blows the fire really says what he wants, whether the good of the country or is just looking for consensus”.

Leu also distances himself from the League: “The safety of citizens is not the heritage of the right, we all care, but an episode such as the rave party or a government report cannot be used to spread propaganda: there are those who use fear to earn a zero point in the polls and the Italians are fed up “, explains the group leader at Montecitorio, Federico Fornaro.

“Discussing security and public order means touching some of the most sensitive strings of public opinion and for this reason some political forces should avoid using these arguments to settle the score internally, as Lega and FdI do”, he premises Marco Di Maio. Renziano, while reiterating his support for the minister, however observes: “Something went wrong”–

One thought on “Ultimatum of the League in Lamorgese, but the majority makes a wall”