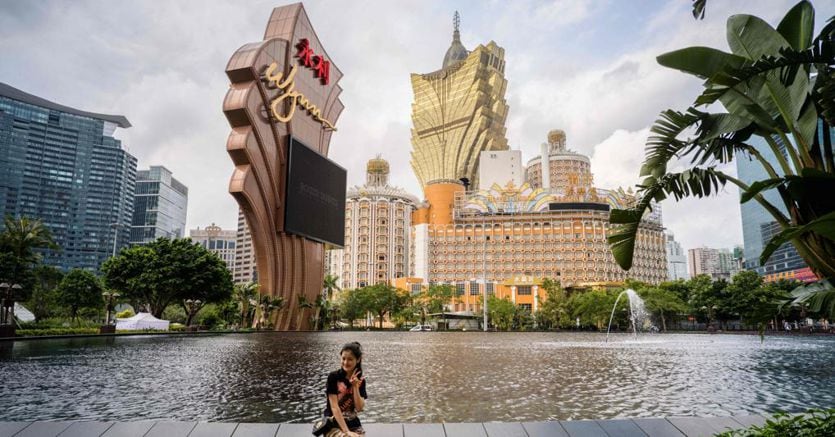 To lose this time are the casinos. But not at the Black Jack table but on the Stock Exchange. And the figure is by no means irrelevant. The announcement by the Chinese government of a squeeze on casinos was enough and the big Macau, listed on Hong Kog, marked a total market value loss of $ 18 billion– There are several measures to come, starting with the revision of the licenses. The deadline would have been next June and this already created uncertainties, now in the face of the regulatory review the fibrillation has come to have implications also on the stock markets. Also because the government could also decide to put its own officials to supervise the companies in the largest gaming center in the world.

Leading the falls, in an already declining Hong Kong market, was Wynn Macau, which lost up to 34%, followed by a 28% collapse in Sands China. Peers MGM China, Galaxy Entertainment, SJM and Melco Entertainment also fell sharply. A set of discounts that overall were valued at around 18 billion dollars. Sales are triggered by the announcement of Lei Wai Nong, Macau’s secretary for the economy and finance, who specified that the government is taking a 45.day consultation period on the gambling industry starting today , indicating the need to address shortcomings in the supervision of the sector. She explained that there will be nine areas of consultation and will concern the number of licenses, better regulation, employee welfare, as well as having government representatives to oversee the daily operations of the casino. The government also plans to increase voting rights in gaming concessionaires for Macau’s permanent residents, but new rules on the distribution of profits to shareholders may also arrive.

On the other hand, attention to the sector is not recent. For years, Macau has stepped up its control over casinos by cracking down on illicit capital flows from mainland China and targeting clandestine lending and illegal money transfers. Beijing has also stepped up its fight against cross.border flows of gambling funds.

The initial market reactions were also aggravated by the downward revisions of analysts’ estimates on the stocks affected by the revision. George Choi, an analyst at Citigroup in Hong Kong, commented to Reuters, however, that while the public consultation document provided few details, the expected changes will produce long.term sustainable growth, with “positive implications for the six casino operators”. – However, he cautioned: “We won’t be surprised if the market focuses only on the potential negative implications.“