Corona in the world: The countries that still require the wearing of a mask 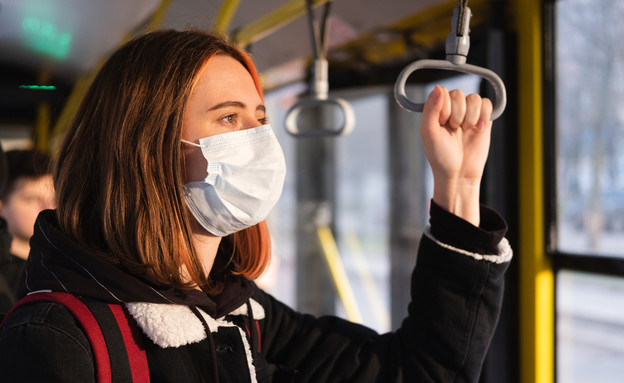 When in Israel the feeling that the corona plague is already behind us after today (Tuesday) the obligation to wear masks was abolished even in closed spaces, in many countries around the world there are still restrictions on citizens and the obligation to wear masks. With the exception of the UK which is suffering from an alarming rise in morbidity and has been forced to postpone the final stage with relief, the US and Europe seem to be beginning to see the end of the plague.

In the US there is a significant reduction in the number of people infected with the virus and Americans can now walk around the street without a mask on their face – except in crowded places. Even in the Disney theme parks there is no need for a mask anymore, except for buses and trains.

On Tuesday, the U.S. Centers for Disease Control and Prevention (CDC) announced new guidelines: Those who are vaccinated should not wear a mask or maintain social distance unless otherwise required by spot health orders (such as public transportation).

In European countries, too, there is a drastic decrease in the number of people infected and dead from corona. France, which in recent months has reached a daily average of tens of thousands of new infections and is now at a few thousand, plans to abolish the obligation to wear the mask in open spaces on June 30. In Italy the issue is still being debated, and in Brussels the obligation to wear masks in the open air has already been abolished except in crowded areas. In Berlin it is said that if the data of those infected continue to be low then the obligation to wear masks will be removed at the end of the month.

But the situation is not alarming in all of Europe. Despite the extensive vaccination campaign, the UK has been suffering in recent days from a sharp rise in the number of people infected. Prime Minister Boris Johnson announced last night that the final stage in lifting the restrictions in the kingdom will not take place as planned on June 21. The British expected the restrictions to be lifted next Monday and they had already dubbed this day “Freedom Day”, but due to the increase in the number of those infected with the Indian variant – the last phase of the relief was postponed to July 19.

The UK is still planning to lift some of the restrictions as early as next week, including the restriction on weddings. Other restrictions, such as keeping people away, wearing masks and banning mass events will still remain in effect.

In Australia the corona is almost non-existent with an average of no more than 20 infected per day. In the state of Victoria there have been four new cases of corona of one family member in the last day, but in the capital Melbourne no risks are taken. “The easing of restrictions we announced yesterday will take effect as planned, but we will be required to continue wearing masks outside in all circumstances,” said Prime Minister Daniel Andrews.

The capital of Japan, Tokyo, is preparing for the Olympics and time is a critical factor. The administration is calling on the public to fight the virus and the event organizers will oblige the 11,000 athletes and 78,000 journalists who will attend the event to wear masks, alongside frequent corona checks. In addition, the athletes and media people will be restricted to areas they are allowed to roam and will be under GPS surveillance for the first 14 days of their stay in the country.

At the center of the outbreak of the corona virus, the city of Wuhan in China, a graduation ceremony was held this week that apparently marks the end of an era. The 9,000 students in the city sat in crowded rows, with no distance between them or masks on their faces. The red sign above them reads: “We wish you all a great future.”