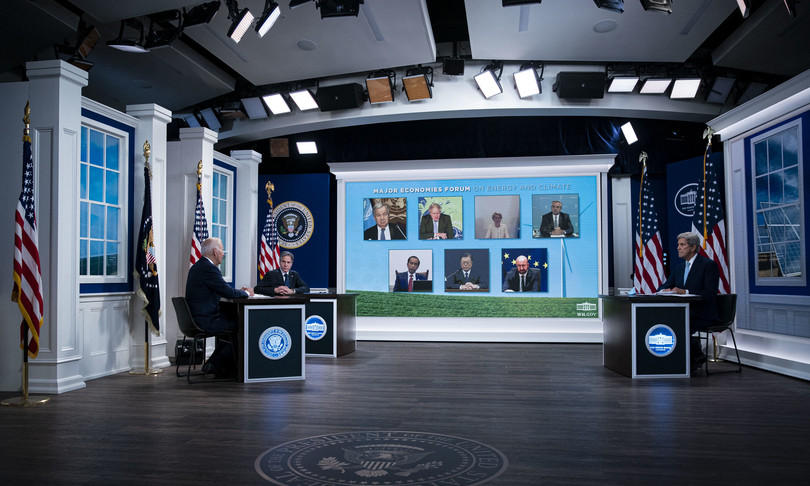 – The signatory countries of the Paris agreements are not respecting their commitments and “if we continue with current policies, we will reach almost 3 degrees of global warming by the end of the century: the consequences of such a rise in temperatures would be catastrophic“: this is the warning issued by the Prime Minister, Mario Draghi, in his message to the Forum of the major economies on Energy and Climate, promoted by American president, Joe Biden. “With the Paris Agreement we have pledged to contain global warming to within 1.5 degrees of pre.industrial levels”, recalled Draghi, “most of our countries have renewed this commitment in recent G20 meetings. However, we must be honest with ourselves and our citizens: we are breaking this promise. ”

Draghi also raised the alarm on the climate at the Eumed summit in Athens. “All the studies – he explained in his speech, according to what is learned – show that the consequences of climate change are devastating. We need to move fast and undertake a radical transformation of our economies in a very short time. Ambition is important, but there are significant costs that we have to cover ”. “The effects of climate change are already very clear,” the premier noted, “Over the past 50 years, the number of weather.related disasters has quintupled. Fires are devouring forests, from California to Australia. And from Germany to China, we are seeing increasingly devastating floods. Italy is facing the rise in sea level in Venice and the melting of glaciers in the Alps. Serious water shortages and droughts are increasingly frequent phenomena and disproportionately affect some of the poorest countries in the world, for example in Africa “–

In the final press conference of the summit, the premier also returned to the “significant increases” for energy bills and explained that “the increase in natural gas prices and the experiences that other countries have with this issue and how to do it was discussed. to protect the weakest “. “The role of the EU Commission is central, also in terms of purchasing power”, he explained, “the lesson of vaccines has been learned, and I must say that the Commission in the second phase of the vaccine procurement campaign was extraordinary. One of the things we talked about is to see if this role of collective buyer can be extended to other experiences “.