Aukus, France recalls the two ambassadors to the USA and Australia 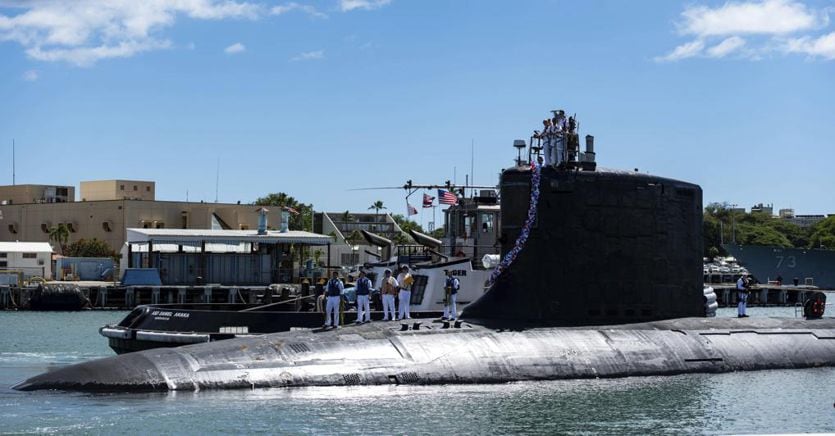 After Afghanistan, the Aukus. The European Union, which has just launched its own strategy for the Indo.Pacific area, does not yet have a united position on the military agreement between the United States, Great Britain and Australia. The cancellation of the 56 billion order for the French Naval Group – the company that traces its origins to Richelieu, and has major production plants in the Netherlands, Ireland and Belgium – has not only bothered Paris. The exclusion of France, the only EU country to have a permanent military presence in the area and which therefore plays a key role in the strategy of the Union in the area, was considered a very serious disgrace. To such an extent that Paris has recalled its ambassadors to the United States and Australia.

the tensions between allies they are now so strong that a united reaction of the Twenty.seven, divided in the daily confrontation, but very united, even if slow, in the face of common challenges, will not fail. The visit to Boris Johnson by Mark Rutte, the prime minister of Holland, the country closest to the British mentality in terms of culture, therefore aroused some interest.

The Times of London, citing diplomatic sources, he spoke of a possible security agreement that Johnson and Rutte could propose to the Union, but the Commission denied. “It’s not true. Any proposal for a framework for cooperation on foreign policy, security or defense issues between the EU and Great Britain should first be discussed and defined with member states. This is not the case, said a spokesman, but the denial, rather than denying the facts, reveals the Commission’s willingness not to be able to accept, because it is highly irrational, such a method. More accurate would be the indiscretions collected by Financial Times, according to which the two leaders will have an informal exchange of views on potential cooperation on defense and security matters.

The role of Holland

It is true, however, that it would not be the first time that Holland has played a leadership role in military matters. It was under his leadership that the European Union approved in May the participation in the Military Mobility agreement defined in Pesco, the Permanent Structure Cooperation, in the United States, Norway and Canada. The 2017 initiative intends to facilitate the transport of troops within Europe, with a clear eye on what is happening in Ukraine, and its extension, wanted by The Hague, to non.EU countries was a novelty in the policy of the defense of the Union. However, Great Britain does not participate in the agreement, at least for the moment, and it cannot be excluded that this is, in reality, the reason for the meeting between Rutte and Johnson. In any case, it is inevitable that we talk about the Aukus crisis.

In any case, the European Union will have to take into account the irritation of France, which threatens retaliation. “We do not see how we can have confidence in the Australian partner in the commercial negotiations between the EU and Australia”, said the Undersecretary for European Affairs Clément Beaune; while Germany calls on everyone to respect international rules on the use of nuclear power: “Let’s assume that the initiative is followed in agreement with the IAEA,” the international atomic energy agency said a spokesman. Australia for its part claims the correctness of its actions: Prime Minister Scott Morrison said he had warned the French president, Emmanuel Macron, of the decision. For France, on the other hand, Australia would have only informed of the intention to review its options on submarines.