from the grand coalition to the tripartites 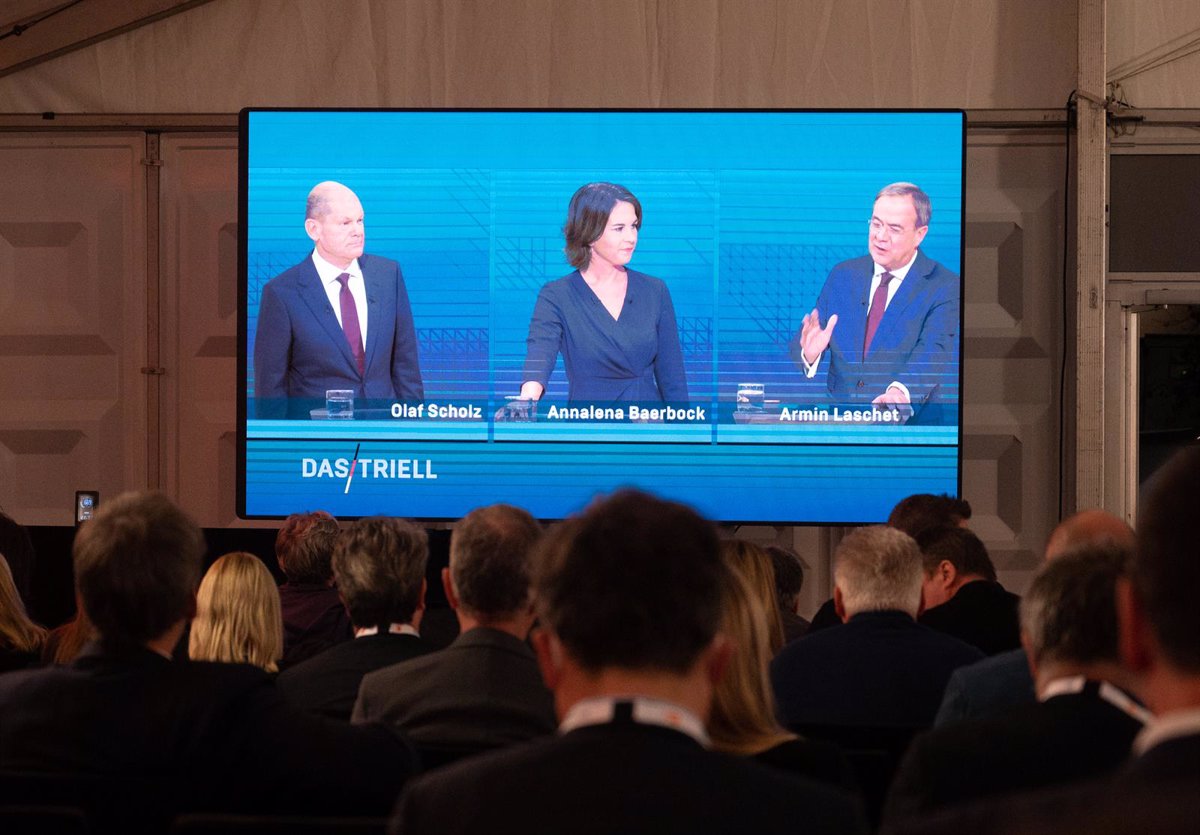 The polls prior to the parliamentary elections in Germany anticipate a post.election scenario without majorities, where the winning party will be doomed to forge new alliances that, after eight years of a grand coalition between the Christian Democratic Union (CDU) and the Social Democratic Party (SPD), they seem open to the incorporation of up to three parties.

The only certainty for now is that the far.right Alternative for Germany (AfD) remains a red line for the big parties and, although it has not been completely ruled out, it seems difficult that Die Linke can be integrated into a hypothetical left.wing alliance headed by the SPD and that for now has only been tested regionally.

The ‘grand coalition’ encompasses the two large blocks: currently the conservative, made up of the CDU and its Bavarian partner, the Christian Social Union (CSU), and the Social Democrat. Although there were brief experiences in the past, it has been under the baton of Angela Merkel that this option has been consolidated.

The chancellor ruled with the SPD in three of her four terms since 2005, with the sole exception of the period between 2009 and 2013 in which she relied on the Free Democratic Party (FDP). However, the grand coalition now seems a less viable option given the rise of other parties that would be more akin to the two main formations.

The ‘grand coalition’ has particularly hit the SPD, which has found it difficult to sell itself as an alternative to Merkel when it has been its crutch for the past few years.

THE CDU AND THE FDP

Conservatives and liberals make up the natural alliance of the center.right in Germany and they already know what it’s like to rule together, the last time less than a decade ago. With Helmut Kohl at the head of the Government, he was already the favorite option for the conservative bloc.

The CDU candidate for Chancery, Armin Laschet, currently governs with the Liberals in North Rhine.Westphalia, so if he succeeds, he would only have to transfer to the federal level what already applies in the most populous state of the country. Laschet has publicly applauded this hypothetical coalition.

SPD AND THE GREENS

The Greens skyrocketed in polls this year, with voting intention spikes even higher than 20 percent. However, the fervor after the election of Annalena Baerbock as a candidate has slightly deflated and the most viable option now is for them to join as minor partners in a future coalition.

Between 1998 and 2005, with Gerhard Schroeder as head of government, the SPD already relied on environmental training to govern. The Social Democratic candidate in these elections, Olaf Scholz, criticized in the campaign precisely for not making it clear with whom he is willing to govern, has declared without “any doubt” that Los Verdes is his favorite option.

Party color identification in Germany makes the government known to the CDU, FDP and The Greens as the Jamaica coalition. It was already the most feasible option after the 2017 elections, but the Liberals ended up getting off the boat at the last minute.

At the federal level there are no experiences of this type, although at the regional level it has been applied in several states. Currently, it is the government option in Schleswig.Holstein, in the northern part of the country.

SPD, DIE LINKE AND THE GREENS

The SPD and the Greens fit in but may be forced to rely on a third partner if they do not have a sufficient majority in the Bundestag, the lower house of the German Parliament, between the two. At the regional level, this third option is usually associated with Die Linke.

However, analysts agree that this option is more difficult to justify among certain voters nationwide. Not surprisingly, Die Linke still carries a past linked to East Germany and maintains controversial political positions, for example when it calls for a break with NATO.

Conservatives have tried to corner Scholz into ruling out allying with Die Linke – even Merkel has rebuked him on this matter – but the Social Democratic leader has shunned the debate.

The SDP and the Greens could also look to the FDP as a third partner, but it seems unlikely that the Liberals are willing to come to power at the cost of elevating the government to the other two parties and negotiations undertaken on other occasions have resulted in failures.

It has only worked in Rhineland.Palatinate, where this red.yellow.green coalition has been reissued after the elections held in March this year.

The ‘grand coalition’ could be transformed into ‘Kenya’ if the Greens are joined by conservatives and social democrats, which would leave Germany governed in three ways by its main parties and, except for surprises, with an absolute majority more than consolidated.

As with other alliances, it has not been tested at the federal level, but at the state level. In 2019, it was decided at the regional level to try ‘Kenya’ to contain the AfD, more by improvisation than because it really was a natural tripartite agreement.