EU.USA, after the agreement of the skies, we are moving towards the tech alliance against China 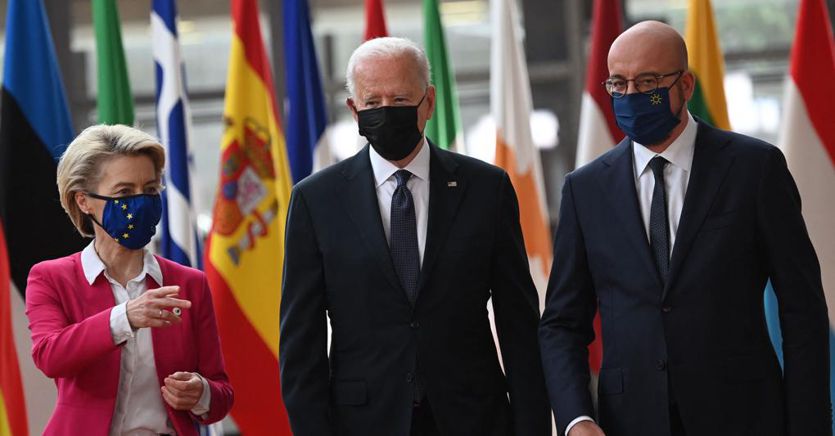 The truce between the EU and the US on the Airbus.Boeing dispute does not unlock “only” a dispute that has dragged on for 17 years. The agreement, torn on the occasion of the June 15 meeting between Joe Biden and Ursula von der Leyen, marks a new step in relations between Washington and Brussels, in the process of reorganizing after the tumultuous years of the Trump presidency. Also and above all in view of new synergies between two sides of the Atlantic against a common adversary: ​​China.

Not surprisingly, the other macro.announcement expected for the day should be the formalization of a tech alliance between the EU and the US, with the aim of containing Beijing’s rise in the sector and developing a shared framework of rules and values ​​on the axis between Washington and Brussels. Provided that the differences between the two do not prevail, far from marginal when they touch land such as privacy, antitrust or tax authorities.

The alliance on tech. With the unknown about data and antitrust

The most concrete outcome of the new “tech alliance” should be the establishment of the so.called Trade and Technology Council, in Italian the Council of Commerce and Technology: an institution to deepen cooperation, refine common technological standards, coordinate policies and enhance research and innovation.

According to what has been anticipated by the Politico Europe newspaper, the priority areas should be above all two. The first will be the creation of a common front of commercial and technological standards, opposing the rise of Beijing with a market of over 800 million people with harmonized rules on hot fronts (from artificial intelligence to data use) and a shared strategy. to contrast the various turbulences in the sector (think of the global shortage of microchips). The second should address the promotion of democratic principles and rules in digital business, opposing the use of technologies in favor of autocratic governments. All with a view to leading to a common or, in any case, non.contradictory regulation between the two jurisdictions.

Here too, however, good intentions collide with some obstacles. The creation of a common front between the two should involve the resolution of long.standing disputes between Washington and Brussels on issues such as antitrust, personal data management and taxation. Relations between the two sides of the Atlantic have overheated especially with the European Commission’s offensive on Big Tech anti.competitive practices, unpublished regulations such as the GDPR and the various fines for tax avoidance imposed on giants in the sector, sometimes with a boomerang effect for the EU executive itself: see the case of the verdict of the EU Court which allowed Ireland not to obtain compensation of about 13 billion euros from Apple.