Cannabis, 500,000 signatures for the referendum reached 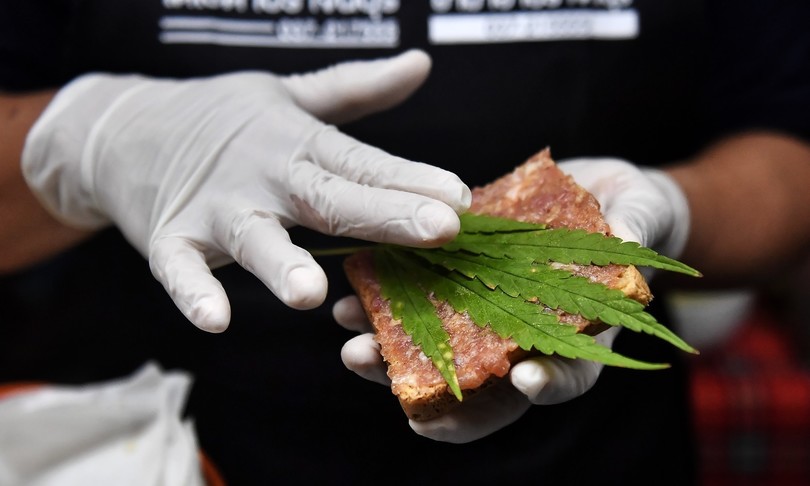 They are 500mila the firm collected in support of the referendum on cannabis– This is what the promoting committee announced, celebrating the exceeding of the minimum threshold, one week after the start of the collection of signatures. The result was facilitated by the possibility of using digital signatures – a novelty – to sign a referendum proposal. If the signatures collected will pass the scrutiny of the Court of Cassation and the admissibility judgment of the Constitutional Court, the vote could be held in the “spring of 2022“, let the promoters know.

“An extraordinary but not surprising result: an intervention on the issue of Cannabis was needed for some time and with the digital signature in a few days the issue exploded. This referendum is the first Italian signature collection held entirely online on the referendumcannabis.it site – they comment — The speed of the mobilization confirms the desire for change on Cannabis but also for participation in decisions on issues that affect personally. Now, however, we need to collect a further 15% more signatures to be sure of being able to deliver the referendum to the Supreme Court on September 30th “.

The question intervenes on the Unique text concerning the regulation of narcotic drugs and psychotropic substances both in terms of criminal relevance and in terms of administrative sanctions for a series of conduct in the field of drugs. It proposes, among other things, to decriminalize the cultivation and to eliminate the sanction of the suspension of the driving license and of the certificate of fitness to drive mopeds currently envisaged for all conducts aimed at the personal use of any narcotic or psychotropic substance.

“This is an extraordinary day, not only for the promoters but also for the citizens. The incredible participation of young people in the extraordinary mobilization on the Cannabis Referendum shows that when they are given a voice they are ready to take action. The path of freedom is the only one. against sovereignty “, commented the senator Emma Bonino speaking at the Piu ‘Europa table at the Pantheon to support the referendum on Cannabis.

At the moment the Democratic party did not take an official position on the referendum, while the leader of the 5 Star Movement, Beppe Grillo, in recent days has published a post to support the initiative asking to sign and collect the signatures necessary to hold the referendum. “These are initiatives taken by others,” he said Enrico Letta, in an interview with the ‘Corriere’. “We will reflect in the coming weeks on which attitude to adopt”. “I am sorry that Enrico Letta liquidates this initiative today”, criticized the Secretary of Più Europa and Undersecretary for Foreign Affairs, Benedetto Della Vedova– “It is a very successful initiative, and perhaps it deserves a more in.depth judgment. And I am surprised that Letta says that a large party like the Democratic Party needs time to reflect on these issues. Cannabis legalization has been discussed for decades, it is all. very clear and you just have to say yes or no “.

“Parliament gives a signal to the popular wave that led to 500,000 signatures on the referendum proposal for the legalization of Cannabis: work on the basic text that we approved in the committee and which decriminalizes the cultivation of four cannabis plants should be closed soon. it is already a majority that has given the green light to the text, on October 7 the deadline for the presentation of amendments will expire, let’s go ahead, do not delay “, asks the president of the Chamber’s Justice Committee, the pentastellato Mario Perantoni, who adds: “my appeal is addressed to the parliamentarians: after such a delay we give a signal, otherwise the shock force of the protest will prevail and the possible abrogation of regulations after which a dangerous void could occur”.

“It will not be 500 thousand to stop our battle for life and against free drugs”, he protests, however, the senator of Forza Italia, Maurizio Gasparri– “The vast majority of Italians are well aware of the risks involved and will never support a crazy referendum. On issues concerning physical and mental health, we must always be inflexible, not have any kind of hesitation. We will let those who have emerged from the whirlpool of drugs, mothers and fathers who have experienced the tragedy of lost children. We will bring to the streets the testimonies of the volunteers of the recovery communities who every day are alongside those who want to get out of a deadly addiction. In Italy we will never allow culture to prevail of death, free drugs and the destruction of people “.

The opinion of the constitutionalists

The 500,000 signatures for the cannabis referendum “probably would have been achieved even without the digital signature,” he noted. Stefano Ceccanti, constitutionalist and deputy Pd. The problem of the referendum institution is “that signatures can also be collected on proposals that then may not obtain the green light of the Consultation”, which is why it would be necessary “to anticipate the control of the Constitutional Court after the first hundred thousand signatures” and thus avoid ” frustration “of promoters and underwriters. According to the exponent dem, who has already presented a bill, it would also be necessary to “raise the minimum threshold of signatures from 500,000 to 800,000” and “review the quorum, setting it at 50 percent plus one of those who voted on the last policies “.

From the digital signature can come “a decisive impulse to revitalize a fundamental direct democracy instrument such as the referendum” but at the same time “it is appropriate to intervene on the quorum that as it stands today is too biased in favor of no”, he explained Alfonso Celotto, professor of Constitutional Law at the Roma Tre University, admitting to share the ‘philosophy’ of the bill presented by Stefano Ceccanti. “Let’s face it – said Celotto – even the referendum is in trouble, collecting subscriptions is objectively difficult and signing in front of the municipal messenger smacks of the nineteenth.century: therefore SPID is welcome if, as is evident, it reduces bureaucratic obstacles to participation where it is precisely of greater participation, or democracy, that we have a great need “.