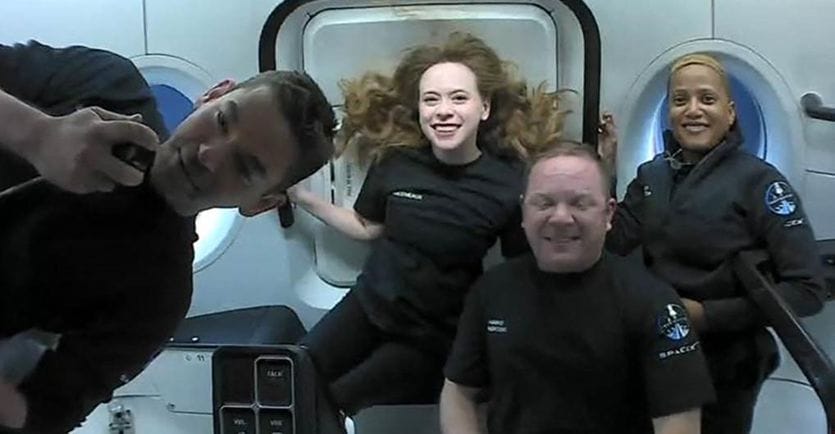 The landing took place on time, shortly after 7pm local time, according to a video broadcast by Elon Musk’s company. Four large parachutes slowed the capsule’s descent, which will need to be recovered quickly from a SpaceX ship.

Once recovered, the hatch of the Dragon capsule could be opened and the passengers were finally able to get out. They are then expected to be flown by helicopter to Kennedy Space Center, from where they took off aboard a Falcon 9 rocket on Wednesday evening.

The stated goal of the mission, called Inspiration4, was to mark a turning point in the “democratization” of space, demonstrating that the cosmos is accessible even to crews who have not been selected and trained for years.

The four novices – billionaire Jared Isaacman, who chartered the mission, and three other Americans – spent three days in Earth orbit, traveling past the International Space Station (ISS), up to 590 km of altitude. Circling in orbit at around 28,000 km per hour, they have traveled around the world more than 15 times a day. It is the third time that Elon Musk’s company, which has become a giant in the sector in a few years, brings man back to Earth: during the previous missions on behalf of NASA, six astronauts had already experienced a ditching aboard the same shuttle, in their case after a stay on the ISS.