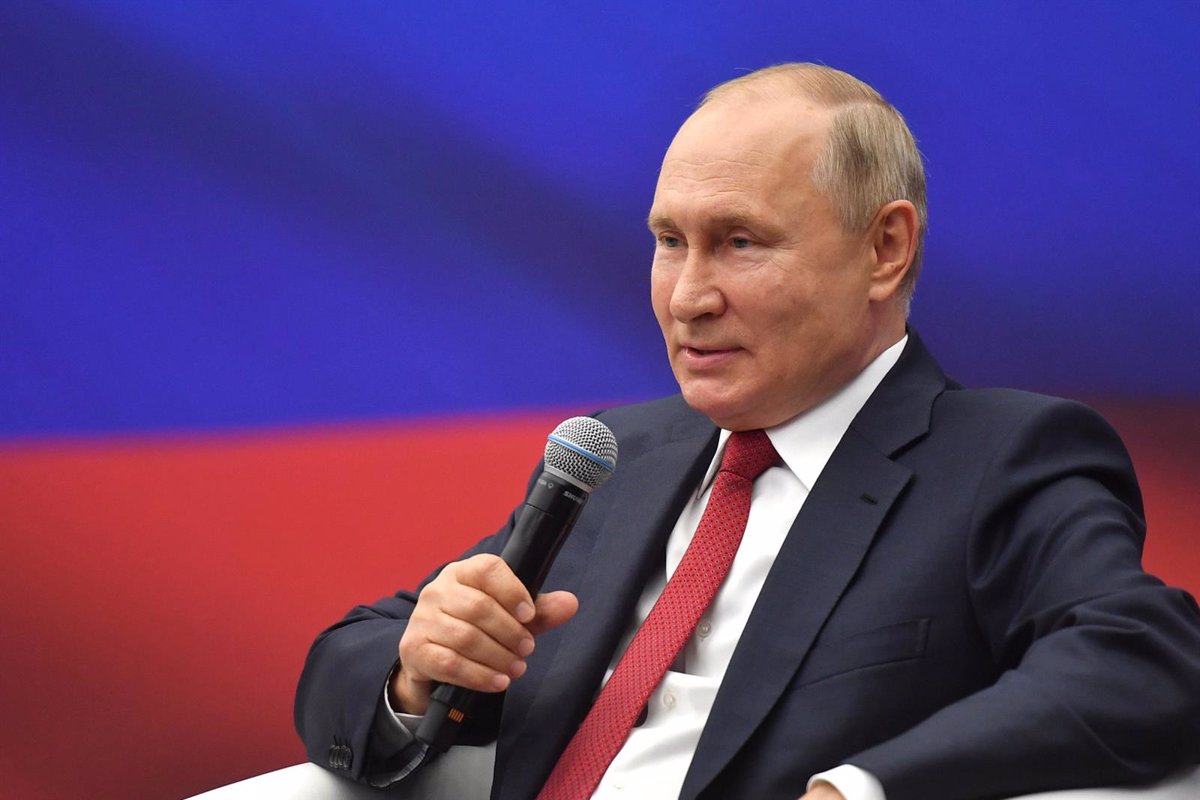 The United Russia party of President Vladimir Putin would have been the most voted with 42.92 percent of support in the legislative elections held during the last three days in the country, according to official results of the Central Election Commission corresponding to 20.06 percent. hundred of the scrutiny.

This figure would place Putin’s party below the absolute majority that it had in the previous legislature of the Duma or Lower House of the Russian Parliament.

The Communist Party of the Russian Federation would be the second political force in the country with 23.04 percent support. The third would be the ultra.nationalist Liberal Democratic Party of Russia (PLDR) with 8.77 percent of the vote, ahead of A Just Russia, which would achieve 7.41 percent.

The main novelty in Russian politics would be the center.right New People party, which would get 7.14 percent of the vote, followed by the Retired Party with 2.91 percent support, Communists of Russia with 1.48 percent and The Greens with 1.07 percent, reports the Russian news agency Sputnik.

These results are published after the closure of polling stations in Russia’s eleven time zones. The last region has been Kaliningrad, a Russian enclave on the Baltic Sea.

Supporters of United Russia have already celebrated the victory on the streets of cities like Moscow, where people have been seen shouting “Russia! Russia!” while waving Putin’s party flags despite the rain.

“We are Putin’s team,” explained an activist, while party officials such as the mayor of Moscow, Sergei Sobianin, point to a “day of celebration.“

Putin himself will not go to the party’s headquarters in Moscow because he is in isolation after contact with dozens of people infected by the coronavirus, although his environment ensures that he is well.

The elections have been marked by complaints of irregularities such as coercion and even on Friday the tactical voting application promoted by the jailed opponent Alexei Navalni was withdrawn from the Google and Apple platforms. On Saturday YouTube withdrew pressure from Moscow a video calling for a protest vote against United Russia with specific candidates proposed.

In addition, there are no observers from the Organization for Security and Cooperation in Europe (OSCE) for disagreements on the conditions raised by the Russian authorities.

The authorities have received 750 complaints throughout Russia, according to the Russian Interior Ministry, while the independent electoral organization Golos claims to have registered thousands of irregularities. As of Sunday morning, more than 7,000 votes had been annulled.

US AND UNITED KINGDOM INTERFERENCE

After the first official results were known, the parliamentary commission investigating possible foreign interference in internal Russian affairs has denounced that most of the publications to discredit the elections come from the United States and the United Kingdom.

“The Western media have unleashed a hostile propaganda campaign to discredit the electoral system of our country. Most of these publications come from the media in the United States, United Kingdom, France and the Czech Republic,” said the president of the commission, Vasili. Piskarev, according to Sputnik.

“The amount of negative publications and false news about the elections grew every day as the vote approached,” he said.

In these elections held from September 17 to 19, 450 deputies are elected, of them 225 by the constituencies and as many by the regional lists. The elections to the Lower House are held this year simultaneously with the legislative elections in 39 territorial entities and with the election of twelve governors.