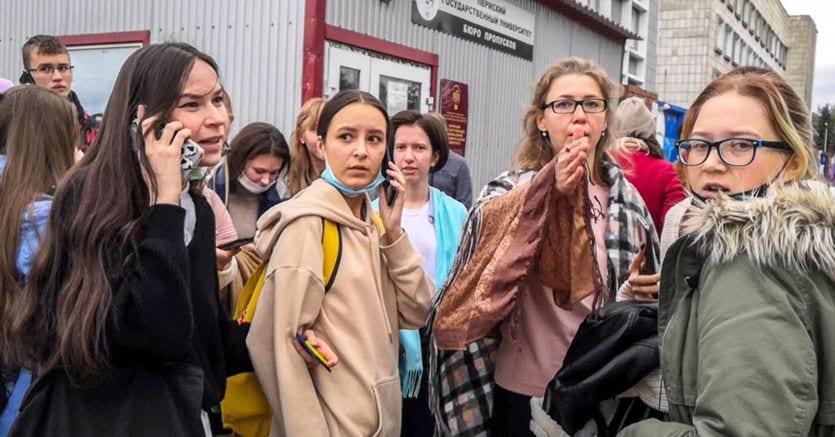 Shooting on Monday morning at the University of Perm, not far from the Ural mountains, east of Moscow. There were allegedly 6 victims and several injured, according to investigators dealing with the case. The killer was arrested and injured.

According to the first reconstructions, the author is said to be a student of the university, the 18.year.old Timur Bekmansurov. To escape the attack, several students locked themselves in the university auditorium and some tried to escape by jumping from the windows of the building. The injured, at present, would be 24.

According to a news channel broadcast on Telegram, Bekmansurov was studying at the university’s law faculty, specializing in forensic science. Before the shooting he allegedly wrote a post on VKontakte – the Russian Facebook – in which he demanded that his actions not be considered a terrorist act and claimed that he was not a member of any extremist organization. “I hate myself, but I want to hurt everyone who gets in my way,” read the post. VKontakte then deleted the message.

According to the latest information, the killer used a shotgun. Russia’s arms trade and possession are strictly regulated, but some categories may still be owned, whether for hunting, sport or self.defense.

Perm is located about 1,100 kilometers east of Moscow, and has a population of around 1 million people. About 12,000 students are enrolled at the university.