“Marino’s stabbers in the lists for Gualtieri”, Raggi pushes away the Pd.M5s axis 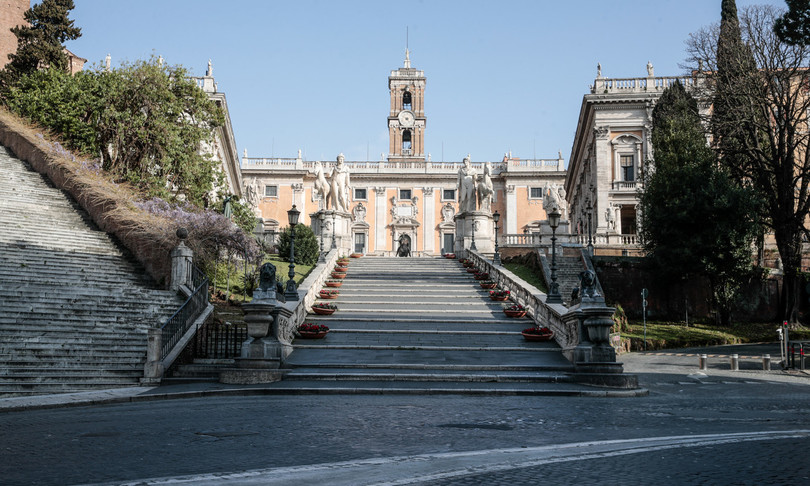 – The irony of Carlo Calenda, the optimism of Roberto Gualtieri, the polemical verve of Virginia Raggi. The duelists have chosen the weapons with which to present themselves to the new confrontation – still without Enrico Michetti – on the future of Rome. The chosen land is that of the Palladium, the historic theater of the capital in the popular district of Garbatella. The referee is the director of Repubblica, Maurizio Molinari. All in all an easy job, his, given that few sparks have been seen. The only surge was that of Raggi.

The mayor accuses Gualtieri of having apologized to Marino for the ‘defenestration’ by the Roman Democratic Party, only to re.nominate the “stabbers” of the former dem mayor on his lists. An attack triggered by the question about the future of the relationship between dem and pentastellati in Rome. Raggi appears skeptical, underlines the aftermath that five years of hard and pure opposition from the Democratic Party to its junta have left. She speaks, however, of the Roman leaders of the Democratic Party, the same ones who – she says – are hidden behind Gualtieri’s candidacy. And so he keeps the national Democratic Party, Enrico Letta and Giuseppe Conte out of the clash.

The two leaders have for months been engaged in the difficult construction of that “broad field” of the center left, considered the last chance to stop the right and not find Salvini and Meloni in government. The words of Raggi, however, show once again how long this construction work is and not without pitfalls, starting precisely with the administrative offices of 3 and 4 October, when Pd and M5s will present themselves together in many municipalities, but separated in two. important cities such as Rome and Turin.

“My position has always been clear: I have always attacked the Roman Democratic Party and even today the Democratic Party behind Gualtieri is the one that has ungoverned Rome in previous years, nothing has changed “, says Raggi addressing directly to the former Minister of Economy:” Gualtieri is unaware that within him, in the civic lists, there are people who continue to talk about the privatization of Atac. We also have Marino’s former stabbers, after Gualtieri’s false apology to the former mayor. It is the old man who comes back. “Then, looking at the person concerned, he exclaims:” You already have a gun aimed at your head “.

Finally, the outgoing mayor recalls how Gualtieri was the head of the Ministry of Economy in the difficult months of the pandemic, when Rome needed more national resources. The dem candidate does not seem to have broken down, he merely reminds Raggi that yes, he was in via Venti Settembre, but Giuseppe Conte was at Palazzo Chigi: “Raggi imputes all the evils of Rome to the Conte II government”, he says. to evoke that “spirit” that allowed the entire Mef to team up and reach important results in terms of fighting the socio.economic effects of the lockdown: “We can recover this spirit, Rome can do it”.

Beyond the sparks between the two, the confrontation went smoothly on many of the issues on which the electoral campaign is being played. In particular, the waste issue saw Carlo Calenda and Roberto Gualtieri first clash, then find themselves halfway through. The first stressed that “discussing waste without discussing a waste.to.energy plant is crazy”, thus meeting the resistance of Gualtieri for whom the path to be pursued is that of the biorefinery, of door.to.door collection and of a love of proximity, as of proximity must be the other services: “We foresee a municipal Ama, we propose the management systems, the upgrading of the San Vittore waste.to.energy plant and not the construction of a new waste.to.energy plant. We must focus on the biorefinery”.

At the new round of question, Calenda returns to the topic showing himself in favor of the biorefinery as a project for the future: first we must face the emergency through the waste.to.energy plant. On the part of the mayor there is the defense of what has been done up to now to keep the accounts of the capital in balance and guarantee the urban decor, bringing the street sweepers back to the street. But it is on the issue of security that the mayor appears more combative, opening to the idea of ​​conferring security powers on those who will sit in the Capitol in the future, but immediately intervening on the staff: “We are always constantly in deficit on the staff of the brigade. putting many cameras on Rome, we have put private cameras online. We are continuing to purchase cameras and the synergy with the police is already in place “.

It is not enough for Carlo Calenda who has made decoration and the fight against the so.called ‘bad nightlife’ the banner of his campaign: “The first measure we intend to take is an extraordinary cleaning plan to eliminate writings and weeds. The decoration calls decorum and decay calls decay “, explains Calenda:” We have a very well.defined program on the traffic police: the rotation system of the traffic police must be resumed. They must not have reference fiefdoms but they must start running again. and a network of cameras that cover Rome extensively. And if the traffic police cannot go out, they check the area with cameras “.