Trump sued his niece and the New York Times: “They were plotting … 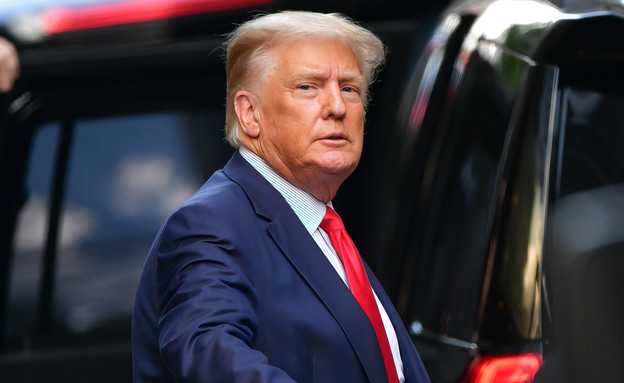 Former United States President Donald Trump last night (Tuesday) filed a $ 100 million lawsuit against his niece, Mary Trump, and the New York Times, alleging they conspired to obtain his tax return report for a news item that provided the newspaper with the Pulitzer Prize. According to the same report, Trump did not pay income tax in 10 of the 15 years until the publication of the investigation, and he tried as hard as he could to hide his profits to avoid paying taxes.

A lawsuit filed by the former president alleges that his niece Mary Trump and three New York Times reporters – Susan Craig, David Baresto and Russell Butner – dealt with what the lawsuit calls a “subversive plot” and an “extensive crusade” to get Trump’s tax return list. “The defendants engaged in a subversive conspiracy to obtain highly confidential and sensitive records, which they exploited to their advantage and gave improper legitimacy to their publications,” the lawsuit said.

The 27.page lawsuit also alleges that one of the reporters “was constantly looking for his (former president’s) niece … and persuaded her to smuggle the records from her law firm and pass them on to the Times.” It added that “Mary Trump violated a confidentiality agreement that prevented her from publicly disclosing details of the family’s money in accordance with the terms of the estate of Fred Trump the Elder.” According to the indictment, Mary and the reporters were “driven by personal hatred and their desire to gain fame, praise and ultimately – for economic motives”, as well as out of a desire to “advance their political agenda”.

On the other hand, Mary Trump claims that she passed on the details of Trump’s tax refunds to the New York Times as part of the publication of her book “Too Much and Never Enough: How My Family Created the Most Dangerous Man in the World” – which became a bestseller. In a statement to the media, Mary called her aunt, the former president – “desperate”.

“I think he’s a loser, he’s going to throw anything he can, it’s out of desperation,” she said. “The walls close on him and he throws at them anything he thinks he can catch.” “As always with Donald, he will try to change the subject,” she said.

The New York Times accused Trump of filing a “silence lawsuit” against them. “The Times’ coverage of Donald Trump’s taxes has revealed the information to citizens through careful reporting on the issue,” said Daniel Road, a spokeswoman for the paper. “This lawsuit is an attempt to silence independent news organizations and we plan to defend against it decisively.”

The lawsuit was filed in New York State Court, where, in the past, attorneys for Robert Trump, the president’s late brother, have filed a lawsuit that failed to stop the publication of Mary Trump’s book.