Biden mends with Paris: October summit in Europe with Macron 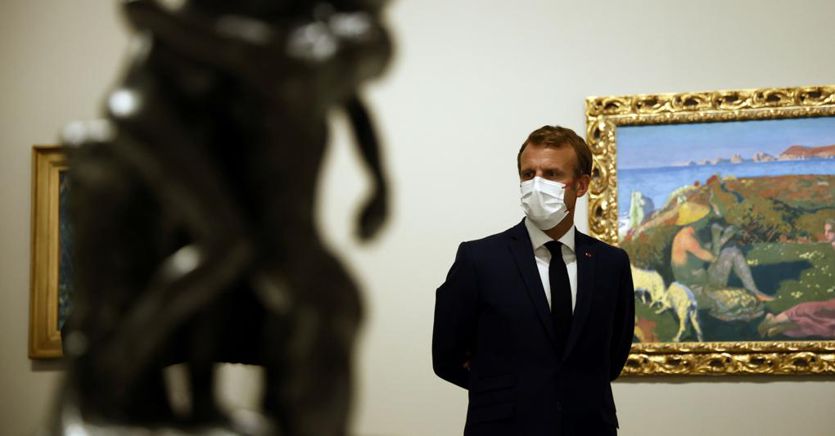 Visiting Europe. After the Aukus crisis, the alliance between the United States, Australia and Great Britain, the US President, Joe Biden, will meet Emmanuel Macron at the end of October: perhaps on the margins of the G20 in Rome or at the Glasgow Environment Summit or again in a real two.way summit. This is the result of the phone call that Biden had solicited and which took place yesterday. France, for its part, will send its ambassador back to Washington to “begin intense work with US officials,” explained a joint note issued by the White House.

The two leaders – explains the note – acknowledged “that the situation would have benefited from open consultations between allies on issues of strategic interest for France and our European partners”. It was therefore decided to open “a process of in.depth consultations” to create “conditions of trust and propose concrete measures towards common objectives”.

President Biden also “reaffirms the importance of the French and European commitment to the Indo.Pacific, also within the framework of the recently published European Union strategy for the region. The United States also recognizes the importance of a stronger and more capable European defense that positively contributes to transatlantic and global security and is complementary to NATO ”. Finally, the United States “undertakes to strengthen support for counter.terrorism operations conducted by European countries in the Sahel”.

It is a list that responds to French requests, which went beyond the simple “clarification” and asked to remedy the wound to the reputation of Paris, moreover a few months before the presidential elections. Shortly before the phone call and the release of the press release – when the document was probably already in draft – the Elysée had indicated, among the French questions, the full recognition “of the strategic importance of the French and European commitment in the Indo.Pacific And “on the part of the American allies of the need to strengthen European sovereignty, together with the importance of the growing commitment of Europeans for their defense and security” and of the “common commitment in the fight against terrorism”. The same words, or almost, of the joint communiqué.

Paris can be satisfied. Australia’s 18 months of secret negotiations, which resulted in June – during Scott Morrison’s visit to the Elysée – in the vague announcement of Canberra’s intention to re.evaluate the order of 12 submarines to the Naval Group had weighed heavily; but at the same time they had provided an important opportunity to redefine the relations between France (and Europe, which supports it) on the one hand and the United States on the other. Also because, it has now emerged, it seems that France had understood the changed needs of Australia, had offered a reassessment of the order and had also opened the door – as it now seems to have done with India – to the sale of nuclear submarines, and no longer Canberra’s favorite diesel.electric. The rudeness, in addition to the damage, was all there.