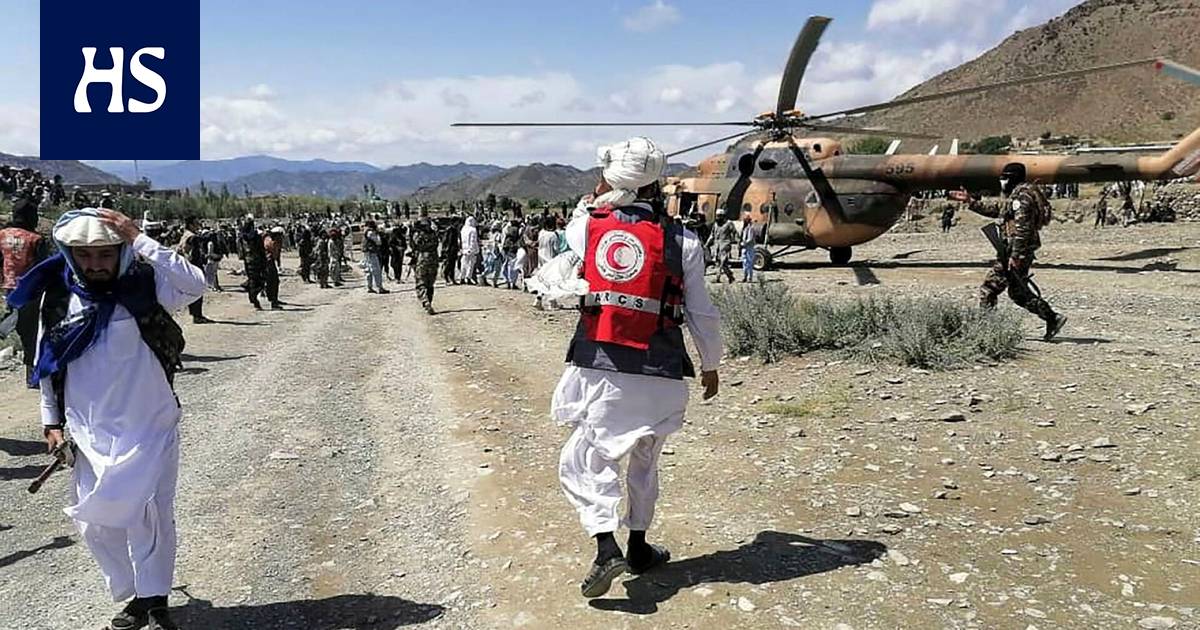 The 6.1 magnitude earthquake occurred about 44 kilometers southeast of the city of Khost.

AT LEAST 1,000 people have been killed and 1,500 injured in the earthquake in eastern Afghanistan, according to a local authority, AFP and Reuters reported. The British newspaper, among others, reports on the matter The Guardian and the British Broadcasting Corporation BBC.

Authorities say the number is still rising. In any case, it is the most devastating earthquake that has hit Afghanistan in a couple of decades, the BBC reports.

Taliban regime the Director of Disaster Management Mohammad Nassim Haqqanin according to the majority of confirmed deaths have been reported in the province of Paktika. He added that deaths were also reported in the eastern provinces of Nangarhar and Khost.

According to the BBC, landslides have been left homeless, especially in rural areas.

“Every street you walk on, you hear people mourning the death of their loved ones. The houses are ruined, ”a local journalist from the province of Paktika told the BBC.

Catastrophe since then many locals have been unaware of their loved ones. Telephone connections have not worked in landslides due to broken telephone wires.

Another local reporter interviewed by the BBC said he learned that his brother and this family had died with a delay of many hours.

“Many people are not aware of the situations of their relatives because their phones are not working. Several villages have been destroyed. ”

Afghanistan is particularly vulnerable to earthquakes due to its geographical location. There are several seams of continental plates in the area.

1998 was the most devastating earthquake in Afghanistan in decades. At that time, there were two earthquakes in the country that killed a total of about 9,500 people. The first quake was 5.9 magnitude and the second 6.6 magnitude. Both earthquakes struck Takhar province.

More than 7,000 people have died in earthquakes in Afghanistan over the past ten years, according to the UN Office for the Coordination of Humanitarian Affairs (BBC).

In an earthquake in January this year, successive earthquakes killed more than 20 people and destroyed hundreds of houses.