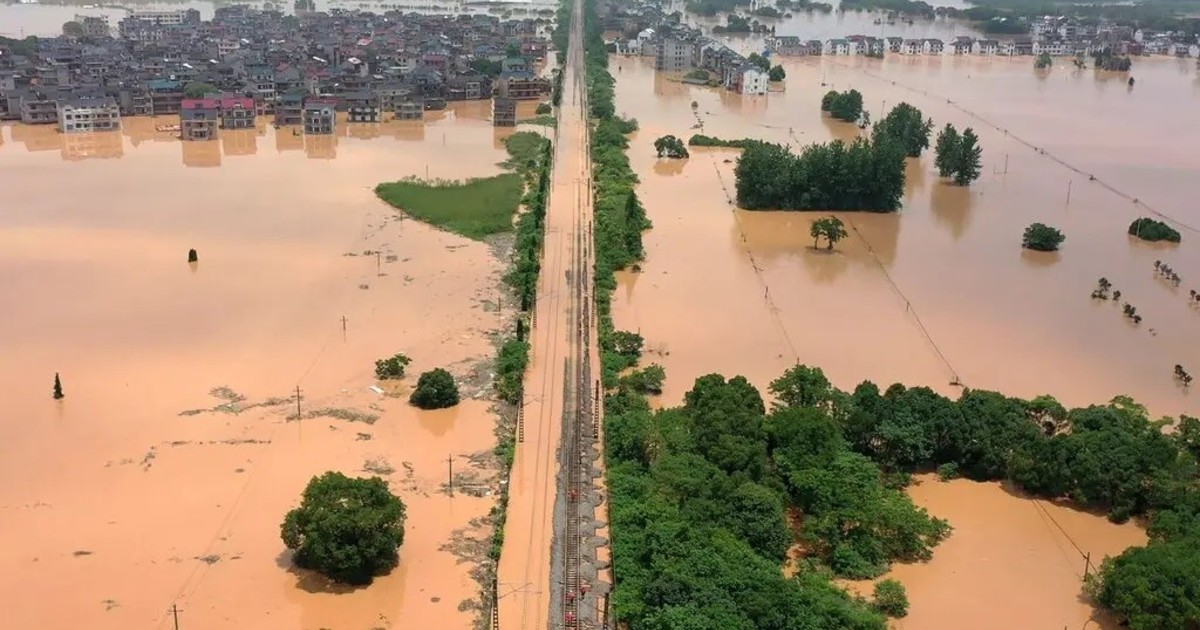 SINGAPORE — China is dealing with widespread severe weather events, including the worst flooding in decades that submerged homes and automobiles in the south and record heatwaves that deformed roads in the north and center of the country.

According to People’s Daily, the official publication of the Communist Party in power, water levels in more than 100 rivers around the nation have risen above flood alert thresholds.

Residents of Xinli village in Shaoguan, Guangdong province, China, are being evacuated by rescue workers after being displaced by water as a result of severe rainfall this month. Image from Reuters

After days of rain and flooding, authorities in Guangdong province on Tuesday upgraded alerts to the highest level, closing schools, businesses, and public transportation in the impacted areas.

In South China, the floods have had an impact on the lives of about 500,000 people.

State television said that factories in the manufacturing city of Shaoguan were instructed to halt operations as water levels rose to a 50-year high.

According to Guangdong’s disaster management bureau, the rains affected 479,600 people, destroyed close to 30 hectares of crops, and caused the collapse of more than 1,700 homes, resulting in 261 million dollars in losses.

The floods this year have also coincided with heat waves that have slammed the northern region of the country, where heavy rains are also anticipated to travel in the next several days, according to the Central Meteorological Observatory. China has dealt with summer floods for generations.

On Tuesday, temperatures hit a maximum of 40 degrees in nine northern and central regions.

According to local media, last week’s road surface temperatures in Henan reached up to 73 degrees Celsius, which led to cement road ruptures that resembled earthquake aftershocks.

A record amount of electricity has been used as a result of the record-breaking heat in several of China’s most populated provinces, which has raised demand for air conditioning.

Peak electricity demand in Shandong, a province in northeast China with a population of 100 million, surpassed the 2020 peak of 90.22 million kilowatts on Tuesday and set a new record of 92.94 million kilowatts.

While touring a thermal power plant on Tuesday, Premier Li Keqiang suggested that the nation should enhance its coal production capacity to prevent blackouts.

Similar to last year, when weeks of flooding killed hundreds of people, caused power outages, and forced millions to flee central and southern China, notably Zhengzhou, where floods grabbed commuters in the metro, this year’s floods and heat waves in China have persisted for days and weeks.

A global trend of increasingly frequent and protracted periods of extreme weather events brought on by climate change is reflected in the dual climate emergency that China is currently facing.

In recent decades, China has transformed farmland into cities, rescuing millions of rural residents from poverty.

However, in its quest of economic growth, it has also overtaken all other industrialized countries in terms of greenhouse gas emissions, making it the world’s top polluter.

Since then, Xi Jinping has made a commitment to tackle climate change as a national priority, making him the first leader in the nation to do so.

In an effort to reduce emissions, China established a carbon market in July of last year. Over the past 20 years, the amount of green space in Chinese cities has nearly quadrupled.

But there has already been substantial environmental harm.

The destruction and disruption brought on by already released greenhouse gases are certain to last for years to come.

Li You in Shanghai and @Zixu Wang in Hong Kong both contributed reporting.