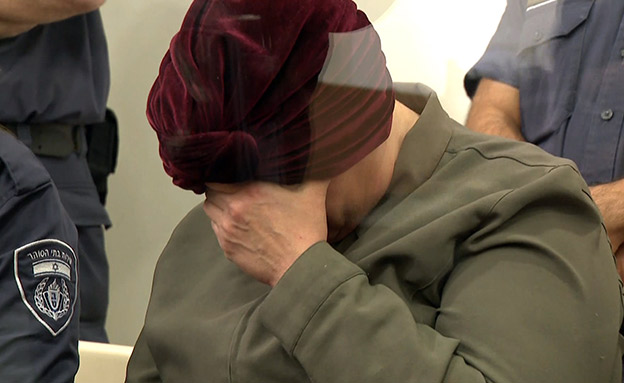 8 months after Malka Leifer was extradited to Australia, a state court has ruled that there is enough evidence to prosecute for 70 counts of sexual assault. The three complainants against the 55.year.old Leifer are sisters who were her students at the Adat Israel girls’ school in Melbourne. Leifer continues to deny guilt.

The prosecution in Melbourne dropped four charges after it became clear that the cases in question took place in Israel. According to the indictment, Leifer attacked sisters Desi Erlich, Nicole Meyer and Eli Sapper when she was a student between 2008.2004. The judge who heard the case in the lower court said she believes the evidence given by the nurses behind closed doors is sufficient to convict Leifer. The case will now go to a higher court and the first hearing in its case will take place on October 21.

During the last hearing on Thursday, Desi Ehrlich’s ex.husband, Joshua, testified about a difficult phone call his then.wife had with her sister Nicole in 2008. According to him, in the conversation, Desi shared with Nicole that she told a social worker who worked at the “Israel Committee” information related to her relationship with Leifer.

“Desi was very worried that the social worker would tell more people in Melbourne,” the divorcee testified. “She did not understand why it was perceived so severely.” He further added that he believes she tried to persuade the social worker not to take further steps.

In the past, Desi and Joshua Ehrlich testified that Leifer was a kind of mother figure for the nurses, and that the school was a kind of break for her from the difficult home in which they grew up and coached. The ex.husband added that he heard from his wife that Leifer used to hug her, massage her thighs and give her special treatment. He said things did not worry him at the time. “If she’s said it’s under clothes or something in style then I’m worried,” he said.

The Magen organization that accompanies the victims said: “We welcome the justice systems in Australia that have not taken time, and have determined that there is evidentiary infrastructure in the Malka Leifer case. We stand by the brave complainants who refused to give up and fought for many years. You will put Leiper and put an end to this difficult affair. ”

Leifer resigned in 2008 and fled to Israel before proceedings were instituted against her. Earlier this year she was extradited to Australia after a lengthy procedure on the subject in the country. She is currently being held in a women’s prison in Melbourne.

A very complicated issue throughout the legal process has been the issue of Leifer’s mental health. Her defense team claimed she was unfit to stand trial, due to a mental illness from which she allegedly suffers. “The impression left on me is that the respondent intensifies her mental problems, thereby impersonating someone with a mental illness,” Judge Hannah Lump wrote. “Therefore, my conclusion is that the respondent is able to stand trial and the extradition proceedings in her case should be resumed.”