Mattarella receives the Olympians: "You honored the flag" 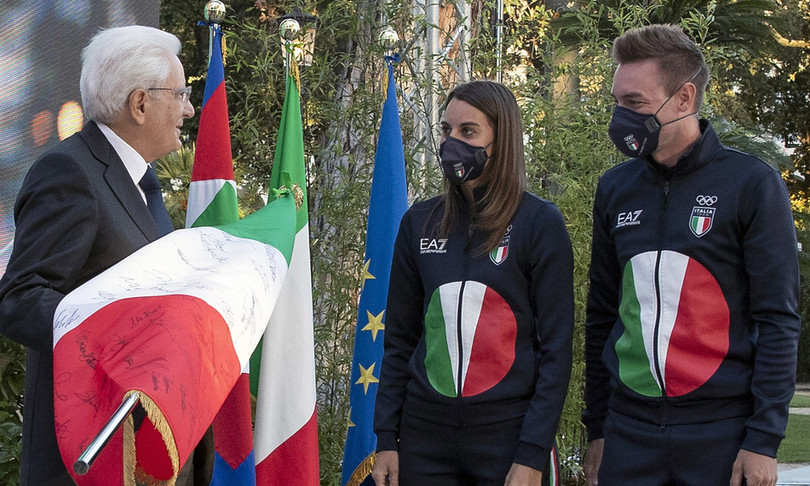 – The President of the Republic, Sergio Mattarella, received in the afternoon at the Quirinale the Olympic and Paralympic medalists and a representation of Italian athletes who participated in the Tokyo 2020 Games.

The ceremony opened with the performance of the national anthem by the Interforce Band and the screening of a video entitled “Tokyo 2020”. The president of the Italian National Olympic Committee intervened, Giovanni Malagò, the president of the Italian Paralympic Committee, Luca Pancalli, and the Undersecretary of State to the Presidency of the Council, Valentina Vezzali.

Presidenthe greeted to those present and has, therefore, a souvenir medal was awarded to the athletes. The meeting was attended by the leaders of the IOC, CONI and CIP, the technical commissioners of the medal.winning disciplines, and the heads of the Armed Forces and the State Corps representing their respective sports groups.

Mattarella, referring to the athletes, he said: “You have been team you have expressed friendship, integration and friendship and you have called for attention to sport and to practice sport. Thanks for all of this. Thanks to all of you for honoring the flag during the Games. Very good. You have reached very prestigious goals and you have excited the Italians. Our country tried by the pandemic and is recovering felt represented and involved, you have been a beautiful symbol “.

They did not fail aside of the Head of State words of praise for the Paralympic national team. “The many medals won by Italy at the Paralympics – he declared – certainly have pushed many young people with disabilities to devote themselves to sport to identify in sport one of the ways for one’s own realization; also for this the Paralympic movement is a precious avant.garde“.

The meeting with Mario Draghi at Palazzo Chigi

“Here I see therea generation that wants to change Italy. And that, I am sure, he will succeed. You are symbols of integration and overcoming barriers. It is up to us as the government to empower you and your peers to release your energies. Because, as we have seen, they can lead to great satisfaction for the country“With these words the Prime Minister, Mario Draghi, greeted the Olympic and Paralympic athletes.

Draghi then brought his thanks to the Olympic and Paralympic athletes of the government and all the staff of Palazzo Chigi, which for the second time in a few months celebrates here the Italian sport. Two months ago, during the reception for the national football team, Matteo Berrettini, and the Under 23 athletics team, I wished you athletes and athletes leaving for Tokyo. I certainly couldn’t imagine it would have been so good! At the Olympics you have reached the Italian record of medals. Forty in total, of which 10 golds, 10 silvers and 20 bronzes. And at the Paralympics you won 14 golds, 29 silvers and 26 bronzes. The highest number of podiums – 69 – since the Rome edition in 1960 “.

He first he went on to say: “The joy and pride in your successes is enormous.You have exceeded expectations of all Italians. You made us live moments that we will remember for a long timeor. There is only one problem: you are getting used to it badly! Allow me a special mention for track and field, which has achieved results we never thought possible. The fastest man in the world is an Italian: Marcell Jacobs. Italiana is also the fastest relay – with Jacobs, Lorenzo Patta, Fausto Desalu and Filippo Tortu. For a penny! “.