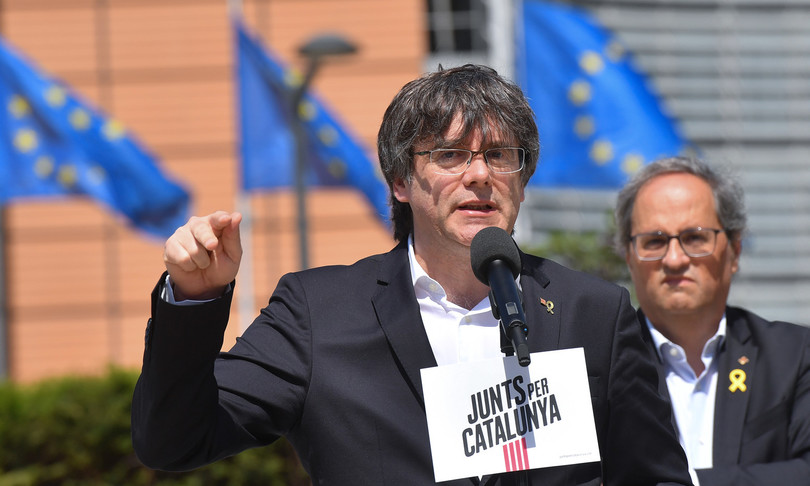 – The former Catalan president, Carles Puigdemont, was arrested in Alghero, Sardinia, in application of the arrest warrant issued by Pablo Llarena, judge of the Spanish Supreme Court. The Spanish newspaper Abc learned this from judicial sources, according to which the Italian authorities have already notified the arrest in the magistracy of Madrid.

According to the Iberian media, Puigdemont had gone to Alghero, Catalan.speaking city, for a conference where it was guest of honor and is now in the airport police station of the Sardinian city after being arrested by the border police.

Puigdemont’s office has confirmed the arrest with a statement and explained that the former Catalan president will be made available to the Court of Appeal tomorrow of Sassari, which has the competence to decide whether to set him free or proceed to his own extradition to Spain. On 30 July the European Union court confirmed the waiver of parliamentary immunity for Puigdemont, who is wanted for sedition by the Spanish authorities on the matter. to the attempted secession of Catalonia in 2017.

From the attempted secession to the arrest

The former Catalan president, Carles Puigdemont, and the former Catalan ministers of Health and Education, Toni Comin and Clara Ponsati ‘, must answer to the Spanish justice for the crimes of sedition and embezzlement on the failed attempt to secede in October 2017. Puigdemont had moved on with the convocation of the referendum, announced in June 2017, despite the Spanish Constitutional Court having suspended the law that provided it. The consultation of 1 October 2017 ended with over 90% of the votes in favor of independence, albeit with a turnout of less than 43%.

The Catalan Parliament declared independence on October 27, 2017. The Spanish government reacted by dissolving the Chamber of the Generalitat, calling new elections and commissioning the region. On 30 October 2017, the Spanish Attorney General, Jose Manuel Maza, opened an investigation for rebellion, sedition and embezzlement against Puigdemont and other members of his government. The allegation of embezzlement refers specifically to the illegal use of public funds of which the three exponents of the independence party Junts Per Catalunya would have been guilty with the organization of the referendum. Immediately after the publication of the accusations, Puigdemont and five of his ministers, including Comin and Ponsati ‘, fled to Marseille, from where they took a flight to Belgium to avoid arrest.

November 3 the Spanish justice issued an arrest warrant European towards the wanted independence politicians, who surrendered to the Belgian police only to be released with the order not to leave the country.

On December 5, 2017 the mandate European capture was later withdrawn from Madrid, in a tactical move due to the fear that the Belgian judiciary would limit the charges o stand out of non.homogeneous to those provided for by Spanish law. The following year the judge of the Supreme Court Pablo Llarena in fact, he would have reactivated the arrest warrant. The parliamentary immunity that Puigdemont, Comin and Ponsati had gained with the election to the European Parliament on May 26, 2019, was revoked on March 10 by the plenary of the European Parliament.

The vice president last June 2 of the EU Court suspended then provisionally the lifting of the parliamentary immunity of Puigdemont, Comin and Ponsati ‘. The same EU Tribunal, on 31 July last, finally rejected the request of a further suspension of the revocation, by opening the road once and for all the extradition of the three separatists.