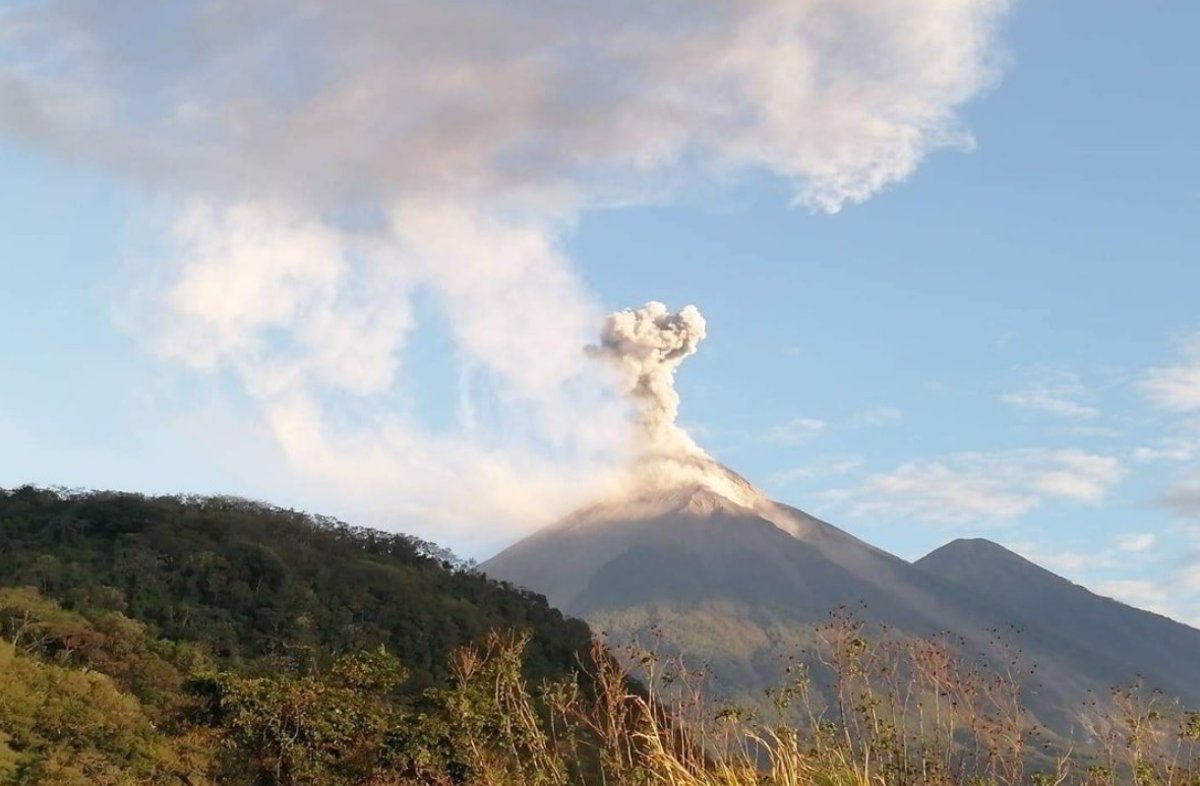 The Fuego volcano, one of the three active volcanoes in Guatemala, has erupted and is immersed in an explosive phase of expulsion of ash, pyroclasts and incandescent material.

The Guatemalan Institute of Volcanology (Insivumeh) has ruled out that evacuations have occurred for the moment, although the authorities have asked the population to be alert to possible changes.

“The activity that is being registered at the moment corresponds to the beginning of an eruption of a strombolian character (a mixture of explosions and lava flows) or mostly effusive,” Emilio Barillas, spokesman for the state Institute of Volcanology (Insivumeh), told reporters.

The eruption has caused fiery volcanic material (pyroclastic flow) to descend for six kilometers through a ravine on the southwest flank. The Fuego volcano, 3,763 meters high and located 35 kilometers southwest of Guatemala City, stands between the provinces of Escuintla, Sacatepéquez and Chimaltenango and is one of the three active colossi in Guatemala along with Pacaya and the Santiaguito volcano.

This new eruptive phase is the strongest recorded since June 3, 2018, when a powerful eruption caused an avalanche that devastated the community of San Miguel Los Lotes and part of a highway in the neighboring town of Alotenango, leaving 215 dead and hundreds of missing.