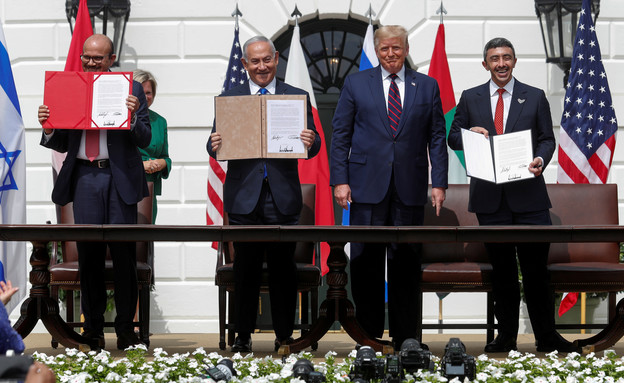 An unprecedented event in Iraq: Prominent Sunni and Shiite leaders today (Friday) openly called for peace with Israel. At a conference held tonight in the city of Irbil, the capital of Iraqi Kurdistan, the leaders, including the leader of the largest tribal federation in the Middle East – Shemer tribes – and former generals in the Iraqi army, demanded that Iraq join the “Abraham agreements” signed by the United Arab Emirates.

The conference, which was broadcast live on several social networks, hosted, among others, Hemi Peres, the son of the late President and late Prime Minister Shimon Peres, who spoke in Hebrew about the need for peace relations. The state – and the necessity to maintain ties with them as Israeli citizens.

The conference was secured by the Kurdish security forces and was welcomed by the United Arab Emirates. Some of the speakers linked the call for peace with Israel to the demand for the establishment of a federal government in Iraq.

Foreign Minister Yair Lapid welcomed the precedent.setting initiative: “From the day this government took office, our goal is to expand the Abrahamic Accords. The event in Iraq inspires hope for places we have not thought of before.” Lapid added that Israel and Iraq have “a common history and roots in the Jewish community” and said, “Wherever they reach out to us, we will do everything to reach back.”