Draghi asks for a Pact for Italy: “Nobody can be called out” 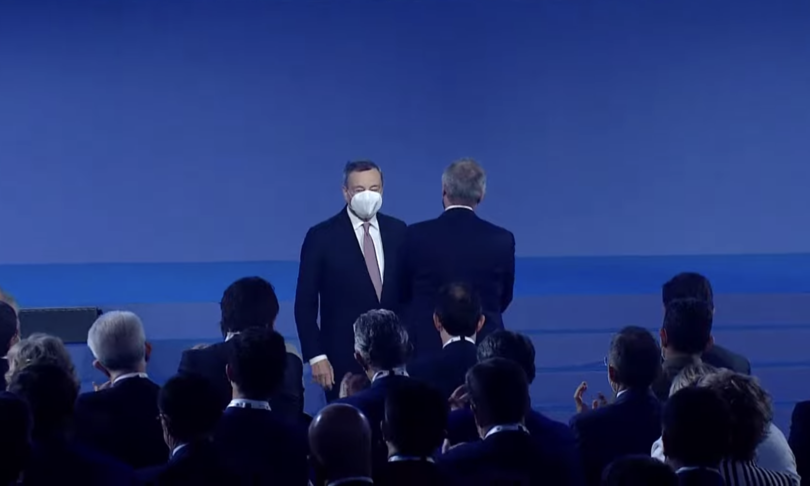 – A Pact for Italy as it happened in the post.war period for the economic, social and productive revival of the country. Mario Draghi intervenes at the Confindustria assembly, the first in attendance after the pandemic has stopped, collects a long applause and a standing ovation from the audience of industrialists, and from PalaEur launches the proposal for a Pact between the productive forces (and not only) of the country, which looks to the next generations.

“We have to start thinking about an economic, social, productive pact for the country – says Draghi – there are many issues we discuss every day that can be the subject of this pact. We can start working together on many chapters”, he says.

“Today I would like all of us to share a development perspective, or we want to call it a Pact, for the benefit of even the weakest and the next generations. Nobody can be called out”, he continues addressing the audience, where the entire Italian ruling class sits.

The prime minister premieres that “Italy is experiencing a period of strong recovery today – better than what we imagined just a few months ago”, confirms that the government’s forecasts, which will be presented in a few days, “estimate growth of around 6% for this year – compared to 4.5% assumed in the spring “.

Industrial production, exports and the business confidence index are also better, the Prime Minister recalls. Employment is also improving, adds Draghi, even if “there are still aspects that cause concern”, because too many workers still have a fixed.term contract, while “in 2020, more than two million families were in absolute poverty“.

Speed ​​up on reforms

But to “avoid the economic risks that hide behind this positive moment” – is the prime minister’s appeal – it is necessary “to preserve good industrial relations, to ensure equity and social peace, we must accelerate with our program of reforms and investments, to improve the long.term growth rate of the Italian economy “.

“To ensure the sustainability of the recovery, we must first of all prevent other significant waves of contagion. The government is acting with the utmost determination to avoid new closures”, continues Draghi, who defines the Green Pass as an instrument of “freedom and security” and ensures that if the contagion curve goes down it will open again.

Draghi reiterates that the government is aiming for a “lasting and sustainable recovery”, adding that it is not the executive’s intention to raise taxes, because at this moment “money is given and not taken”, he repeats that the “ecological transition is a necessity “, but that the State must intervene to protect the weakest and most fragile groups.

The demand for unity

Then the premier gets to the heart of his speech, addressing not only the industrial audience, but the entire ruling class of the country, with an appeal for unity that has the flavor of a political manifesto: “A government that tries not to damage is a lot, but it is not enough to face the challenges of the next few years, first and foremost geopolitical tensions, protectionism, but also the probable change in financial conditions, the gradual weakening of fiscal stimuli “, he said.

“It is when the entire political, economic and social framework changes that we need to be united more so as not to add internal uncertainty to the external one – adds Draghi with a reference to the second post.war period and then to the epochal transition linked to the end of the Bretton Woods system. . “We must begin to think about an economic, social, productive pact for the country – he says – there are many issues we discuss daily that can be the subject of this pact. We can start working together. “