From the special regime to the statute of limitations, how will the new criminal trial be 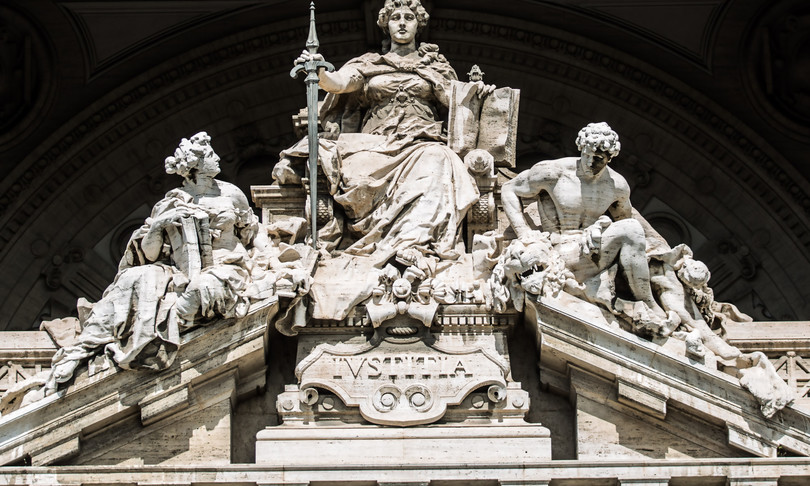 – From the prescription to the ‘special regime’ for some crimes, from the principle of inadmissibility to the priority criteria for criminal prosecution, entrusted to Parliament. I am the cornerstones of the reform of the criminal trial, registered by Cartabia and the result of a long and difficult mediation within the majority. The reform is made up of two parts: the first with immediately operational rules, the second instead contains a delegation to the government.

The new rules largely modify the Bonafede bill, who ‘lay’ for over a year in committee. The criminal bill, already approved by the House before the summer break, is now awaiting the final go.ahead from the Senate. The overall approach of the reform, as desired by the Minister Cartabia, aims to speed up the timing of the trials, also going to act on alternative rites. The principle of ‘restorative justice’ is then introduced. These are the main news:

– ENTRY INTO FORCE: a gradual entry into force of the new rules is foreseen, to allow the judicial offices to develop adequate organizational measures, also thanks to the introduction of new staff (over 20 thousand units). This is what is foreseen by the latest agreement reached in the CDM on the prescription and inadmissibility mechanism included in the reform of the criminal trial. The agreement provides for transitional rules until 2024 and a special regime for the crimes of the mafia, terrorism, drugs and sexual violence.

– PRESCRIPTION: The law states that “the statute of limitations for the crime definitively ceases with the pronouncement of the sentence of the first degree. Nevertheless, in the case of annulment that involves the regression of the procedure to the first degree or to an earlier stage, the limitation period resumes its course from date of the final decision of annulment “.

– IMPROCEDIBILITY; REGIME REFORM FROM 2025: The reform concerns only crimes committed after 1 January 2020; comes into force after the publication of the law in the Official Gazette. The reform goes into effect in 2025. On appeal, the trials can last up to 2 basic years, plus an extension of a maximum of one year. In Cassation, 1 basic year, plus an extension of six months.

– TRANSITIONAL REGULATION, UNTIL 2024: In an initial period, the terms envisaged for the impossibility of proceeding will be longer. For the first 3 years, by 31 December 2024, the terms will be longer for all processes (3 years on appeal, one and a half months in the Supreme Court), with the possibility of an extension of up to 4 years on appeal (3 + 1 extension) and up to 2 years in the Supreme Court (one year and 6 months + 6 months of extension) for all processes in the ordinary way. Each extension must be motivated by the judge with an order, based on the complexity of the process, for matters of fact and law and for the number of parties. Against the extension order, it will be possible to appeal to the Supreme Court. As a rule, it is possible to extend the maximum duration of the process only once.

– SPECIAL REGIME FOR MAFIA, TERRORISM, DRUGS AND SEXUAL VIOLENCE: Only for some serious crimes, a different regime is envisaged: mafia.type association, terrorism, sexual violence and criminal association aimed at drug trafficking. For these offenses there is no limit to the number of extensions, which must always be motivated by the judge on the basis of the concrete complexity of the process.

– NO IMPROCEDIBILITY FOR CRIMES PUNISHED WITH ERGASTOL: Crimes punished with life imprisonment are excluded from the rules of non.prosecution.

– CRIMINAL ACTION PRIORITY WITH PARLIAMENT LAW: The offices of the public prosecutor, in order to ensure the effective and uniform exercise of the criminal action, within the general criteria indicated by the law of the Parliament, must identify transparent and predetermined priorities, to be indicated in the organizational projects of the Public Prosecutors in order to select the crime reports to be treated with precedence over the others

– RIGHT TO BE FORGOTTEN FOR ABSOLUTES: it is a norm inserted during the examination in committee in the House, with a reformulated amendment of Action. All news of criminal proceedings instituted against people who have been investigated or accused and then found innocent must be deleted from the web, through the ‘de.indexing’ of crime reports following acquittal or acquittal.

– ARREST IN FLAGRANCE FOR THE ‘EX’ VIOLENT UNDER THE HOUSE: the rule was inserted during the examination in committee at Montecitorio through the ok to an amendment by Italia viva. Arrest in flagrantee becomes mandatory for crimes of violation of the measures of removal from the family home or prohibition of approaching places frequented by an ex.

– LIVES ON THE ‘SMOKY’ INVESTIGATIONS: a ‘squeeze’ is introduced on the so.called ‘smoky’ investigations, which do not give the certainty of ending with a conviction. This is one of the 26 amendments proposed by Minister Cartabia that received the OK from the CDM on 8 July. Basically, it is established that the public prosecutor can request the indictment of the suspect only when the elements acquired allow a “reasonable prediction of conviction. The terms of maximum duration of the investigations are reshaped with respect to the seriousness of the crime. of the maximum duration of the investigations, without prejudice to the specific needs for the protection of investigative secrecy, a mechanism for the discovery of the documents is envisaged, to guarantee the suspect and the victim, also to avoid the prescription of the crime associated with the intervention of the judge for preliminary investigations in case of stagnation of the proceedings.

– MONITORING OBSERVATORY ON PROCESS TIMES: It is expected that a specific technical.scientific committee set up at the Ministry of Justice each year will report on the evolution of the data on the disposal of the pending backlog and on the timeframes for defining the processes. The Committee monitors the progress of the times in the various Courts of Appeal and reports to the Ministry for the necessary measures on the organization and functioning of the services. The results of the monitoring will be transmitted to the CSM, for the relevant assessments.

– RESTORATIVE JUSTICE: ‘restorative justice’ is introduced, a rule strongly desired by the Keeper of Cartabia. In essence, the government is delegated to regulate restorative justice in an organic way, in compliance with a European directive (2012/29 / EU) and in the interest of both the victim and the perpetrator of the crime. Access to restorative justice programs is envisaged at every stage of the procedure, on a voluntary basis and with the free and informed consent of the victim and the perpetrator, and the positive evaluation of the judge on the usefulness of the program in the criminal field. The retractable consent, the confidentiality of the statements made during the restorative justice program and their unusability in the criminal proceedings are expected.

– DIGITIZATION AND TELEMATIC CRIMINAL PROCESS, DEPOSIT OF DOCUMENTS AND NOTIFICATIONS: the government is delegated to make criminal justice more efficient and swift through digitalisation and information technologies. Among other things, it is envisaged that the filing of documents and notifications can be made electronically, with a considerable saving of time.

– SPECIAL PROCEDURES: On the plea bargain it is envisaged that, when the custodial sentence to be applied exceeds two years (so.called extended plea bargain), the agreement between the accused and the public prosecutor may extend to the accessory penalties and their duration, as well as to the optional confiscation and determination of his object and amount. As for the abbreviated judgment, it is envisaged, among other things, that the sentence imposed will be further reduced by one sixth, in the event that the accused fails to lodge an appeal. Furthermore, in the event of a change of the judge or of the college in an ordinary judgment, it is envisaged that, in the event of a change of the judge or of one or more members of the panel, the judge will order, in the event of testimony acquired by video recording, the reinstatement of the try only when it deems it necessary on the basis of specific needs