At the vote in Germany, Merkel: “Stability is at stake” 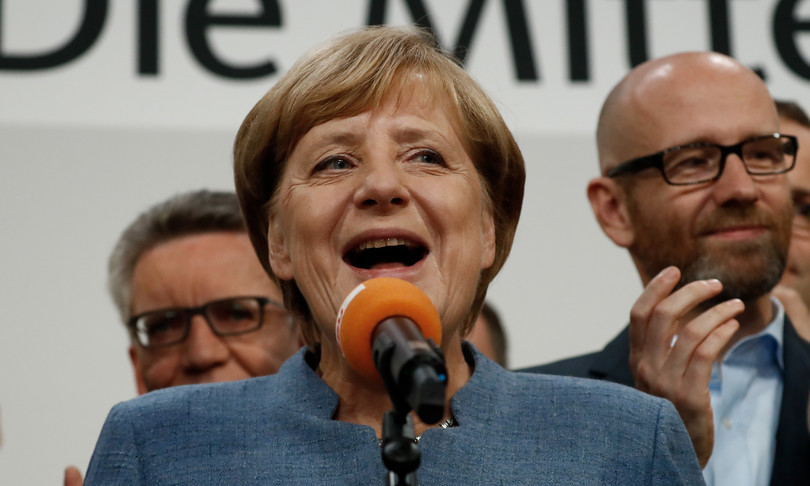 – “The stability of Germany is at stake”: like this Angela Merkel summarizes the challenge to the last vote that will decide tomorrow the political future of the Federal Republic. The occasion is the meeting of Armin Laschet, the candidate chancellor of the CDU / CSU, in Aachen. It is here, in the city where the governor of North Rhine Westphalia was born, that the chancellor came to try to give the final sprint to the conservative union that still appears in the polls in pursuit of the Social Democrats of Olaf Scholz.

“It is not the same who governs”, the chancellor says, while the tax increases, which according to her will be imposed by a hypothetical government led by the SPD, “threaten to strangle the recovery”.

The prospect of a “sliding to the left” of Germany with a ‘red.red.green’ coalition (ie formed by the SPD, Verdi and Linke) is the specter stirred in the last mile of the election campaign by the Cdu / Csu block, even in the last Aachen event: “No ideological experiments: let’s be careful not to waste what we have built in the last sixteen years in terms of well.being and economy”, insists Laschet addressed to the supporters who give rhythm to his name “Armin, Armin! “. “I don’t want Linke to be part of the next federal government. We need a stable government. We need a double vote for the CDU / CSU: because if tomorrow there should be a majority for a red.red.green coalition, they will really do it. If, on the other hand, you want stability in Germany, tomorrow we must finish first ”.

That of the last few hours is the battle around the undecided. Because they will determine the winner: standing in the last two surveys, the distance between Spd and Cdu / Csu it boils down to a gap ranging from three to a single point. For the Forsa survey, the Social Democrats remain stable at 25% of the consensus against 22% of the conservative union, with the Greens of Annalena Baerbock following at 17% and liberals at 12%. According to the Allensbach survey, the game is even more narrow, where the SPD is first with 26%, but followed by only one point behind the CDU / CSU. The Greens are chasing at a distance with 16% of the consensus, of the FDP – which aim to act as a needle of the balance in the negotiations for the future government – here do not go beyond 10.5%. “It is not certain that on election night we know what the new chancellor will look like,” Laschet said yesterday in front of the cameras.

And so the duel between the main challengers in the race for the chancellery continued until the last minute: in Potsdam, that is, from his constituency (the same, moreover, of the green candidate Baerbock), even the Social Democrat Scholz – who still stands out in the preferences of the Germans among the candidates for the chancellery – reiterated which alliance points to after the vote: “My favorite coalition is the one with the Greens”, he repeats to the militants. Without specifying, however, whether this alliance should extend to liberals (the so.called ‘traffic light coalition’, from the color of their respective parties), or to Linke, in the ‘red.red.green’ constellation which represents at the same time the bogey of conservatives and the instrument of pressure on the liberals to agree to form a majority with the Social Democrats and the Greens.

In practice, that of the many possible majorities is already the subject of the dispute between the political forces, even before the start of the negotiations that will follow the counting of the votes. Not surprisingly too Christian Lindner, the head of the FDP, made his voice heard one last time: “I will maintain a firm position in the negotiations”, reiterates the leader of the liberals. “Even in 2021 we are not willing to send our country towards a left drift. We are only for a central government “, in which there will be no tax increases or” a loosening of the debt brake “.

Never before has a post.war German election promised such an uncertain outcome as this time. There are about 60 million the people called to the polls, which will close at 6 pm. In addition to the national vote, tomorrow will also vote for the renewal of the Mecklenburg Landtag and the Berlin Assembly of Deputies: in both, according to the polls, the Social Democrats are favored, in the north.eastern region of the former GDR even with an advantage that could push them up to 40% of the votes.

As for the vote for the Bundestag (the chancellor is not elected by direct vote in Germany), based on the picture that emerges from the current opinion polls, there are at least five hypothetical coalitions that could have a parliamentary majority, from the ‘traffic light’ with Spd, Greens and liberals to a re.edition of the Big coalition, passing from the ‘red.red.green’ variant to the so.called alliance “Jamaica”, with CDU / CSU, Verdi and liberals. The challenge is open, even the last of the votes will be decisive.