| – Germany Chooses After 16 years – who will replace Merkel? 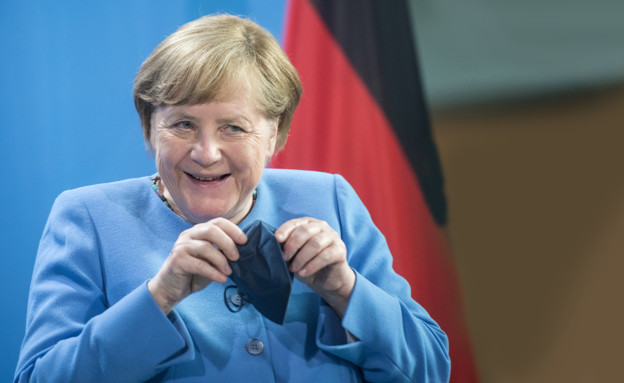 The big story of the elections held today (Sunday) in Germany is the woman who will not be there. Chancellor Angela Merkel for the past 16 years, who has been dubbed “the mother of Germany” and the “responsible adult” of the world, is moving aside, and Germany is entering a new era. With Merkel’s shadow still hovering over the German political system, Armin Lasht and Olaf Schultz will try to win the trust of the German people and lead it to an era after which a whole generation of Germans would not know the country without it.

Armin Lasht, a lawyer and journalist by profession, is the candidate of the Christian Democratic Party, Merkel’s party, for the post of Chancellor. Asht hoped to convey to voters that he was the natural heir to the veteran chancellor, and used the chancellor’s support, power and popularity to convey a message of governmental stability. In practice, Lasht was unable to ride the Chancellor’s wave of support. 18.year.old Daniel Hantche does not remember or know Germany without Merkel and chooses for the first time: “It will be difficult to vote in this year’s election, especially for those who have just reached the age of 18 it will be difficult to trust someone new.”

Last night the two held an election rally and Lasht said that a left.wing alliance led by the SPD (rival) With the Green Party and the Left parties will undermine the stability of the whole of Europe. “They want to get us out of NATO,” warned Asht, 60. “We need a stable government,” he told an audience at an event in his hometown of Aachen.

Opposite Lasht on the moderate left side of the map, the Social Democratic Party (SPD) leader Olaf Schultz, also a lawyer by profession, has a close advantage. Schultz served in the last German government as finance minister and deputy chancellor, and he will try to use his experience to convince voters that he will provide governmental stability. At the election conference he stated that “I have a good plan for the future, and of course, I had the opportunity to prepare well for the position in light of my rich experience and my various tenures in the past.”

Schultz, 63, is considered the candidate who won all three televised clashes between the leading candidates. Schultz did not disqualify an alliance of left.wing parties, but said that membership in the NATO alliance constitutes a red line for the SPD.

According to estimates, 67.year.old Merkel will not be able to retire so quickly. For any party that wins, the difficult task of forming a coalition will remain, a process that could take months and leave Merkel in the position of responsible adult for months to come. Experts believe that there is a realistic possibility of a very broad coalition.

Although the polls gave the left a small advantage, in recent days the Conservatives have managed to close the gap. According to estimates, in the end the most likely coalition is that of Schultz or Asht with the Liberal Greens and Liberal Democrats.

By the 1970s, Germany’s major parties had won 90% of the vote. Today, voting divides parliamentary seats in the Bundestag much more broadly; The Free Pro.Democratic Party (FDP) was formerly a traditional partner of the Conservatives, and the Green Party has previously collaborated with the Social Democrats. This year, however, led by Analina Barbuk, the Green Party has announced it is open to new adventures. Compared to other countries, Germany’s Green Party is a very strong political force and the issue of the environment is important to many voters.

For example for Mark Friedrich from Hamburg who said: “Now that Merkel has left the Conservative Party I will not support them. The Merkel era was good. Now I expect the new government to resolutely defend the climate. Conservatives and Social Democrats do not Agree on this issue. We need to do something about social issues and at the same time ensure economic development. “

“The candidates are very diverse, everyone wants to be at the climate party now,” said German voter Marion Schmid. “Sad that the ‘woman’ is leaving. She has managed to provide stability for 16 years. I think it will be a crazy time and all the scenarios are possible.”