Germany, projections: SPD slightly ahead of CDU. Scholz.Laschet challenge for the chancellery 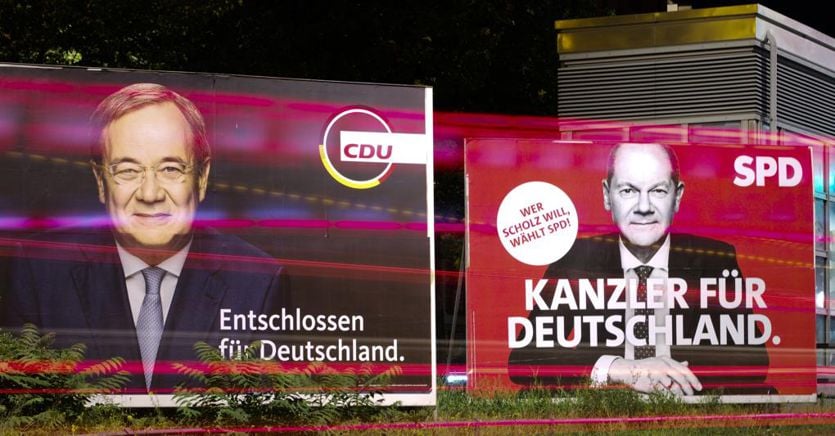 Head to head between the SPD and the CDU.CSU, but the Social Democrats score a slight advantage at 25.9% against the CDU.CSU’s 24.1%. For the two parties of the Great Center Coalition it is “a long election night” as CDU leader Armin Laschet and Spd Chancellor Olaf Scholz said in their first post.election speeches in which both expressed their willingness to take the place. by Angela Merkel in the Federal Chancellery.

Voters, with a vote that German commentators have called “an earthquake for the CDU”, clearly indicated that they are tired of the Merkel era, of the 16.year dominance of the CDU: the parties that have risen, compared to the 2017 elections , in fact, represent the desire for change of the electorate: SPD, Verdi and Fdp have risen compared to the last elections, while the CDU.CSU Union has hit rock bottom, its worst result and record low. It also went badly for the two parties on the extreme sides of the German political landscape: AfD and Die Linke. A clear sign that the German electorate prefers central democratic policies, which are green and attentive to the world of industry and business.

Although the Greens have risen less than expected, and although the Liberals have failed to become (for now) the third party, the junior partners of a Jamaican coalition (black, green and yellow) and a traffic light coalition (red, green, yellow) appeared on the night of the elections willing to talk to each other to find meeting points and settle an alliance and then open dialogue with the two dominant parties, SPD and CDU.CSU,