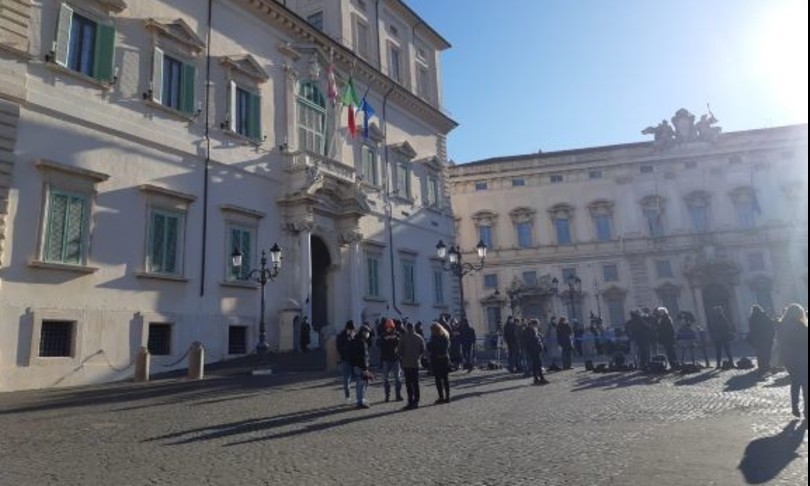 About the elections for the President of the Republic “I will talk again in February. In September it seems to me premature to try to pull Mattarella, Draghi and anyone else by the jacket “. The leader of the League, Matteo Salvini puts an end to any gossip on the possible succession of Sergio Mattarella at Colle.

But if the Captain ‘slows down’ on the debate, in the League he is the Minister for Economic Development, Giancarlo Giorgetti to design a possible scenario with Mario Draghi as head of state.

Now, Salvini says, “the priorities are work and tax cuts” while “The vote in Germany must also be a lesson for the Italian center.right. In Germany – it has taken a historic blow. The Italian center.right should learn that united we win, especially in Europe. So I propose to our allies to join in Brussels, because now we are divided into three different groups and we count less. And it is Italy that counts the least. I am ready tomorrow as well. I hope that Silvio Berlusconi and Giorgia Meloni are too “.

Meanwhile, Giorgetti reiterates that there is “only one” League, “get over it.” And “at most different sensibilities”, but he also has an obsession: “Draghi”, because “the real political discriminator for the next seven years is what Draghi does. Are you going to the Quirinale? Are you going on with the government? And if he goes on with who does he do it? ”, Wonders the minister, who if it were up to him “I would like it to stay there for life ”but“ the point is that it can’t ”because “As soon as politically sensitive choices arrive, the coalition will split.

In January there will be a year to go before the elections and Draghi cannot bear “a year of permanent electoral campaign” also because “from January the music will be different. The parties will stop covering it and will focus on the electorate.i”. The conclusion, for Giorgetti, is that “the country’s interest is that Draghi immediately go to the Quirinale, that elections are held immediately and that whoever wins them governs” and “Draghi would become De Gaulle”, “this is the country’s interest”.

Scenario B: Draghi remains in place. What does Mattarella do? “Mattarella remains alone if all parties vote for him. And Meloni has already said she will not vote for him ”, replies Giorgetti, but would Salvini vote for him? “I think not”, so the encore becomes “complicated”.