The son of a former Philippine dictator inaugurated as president 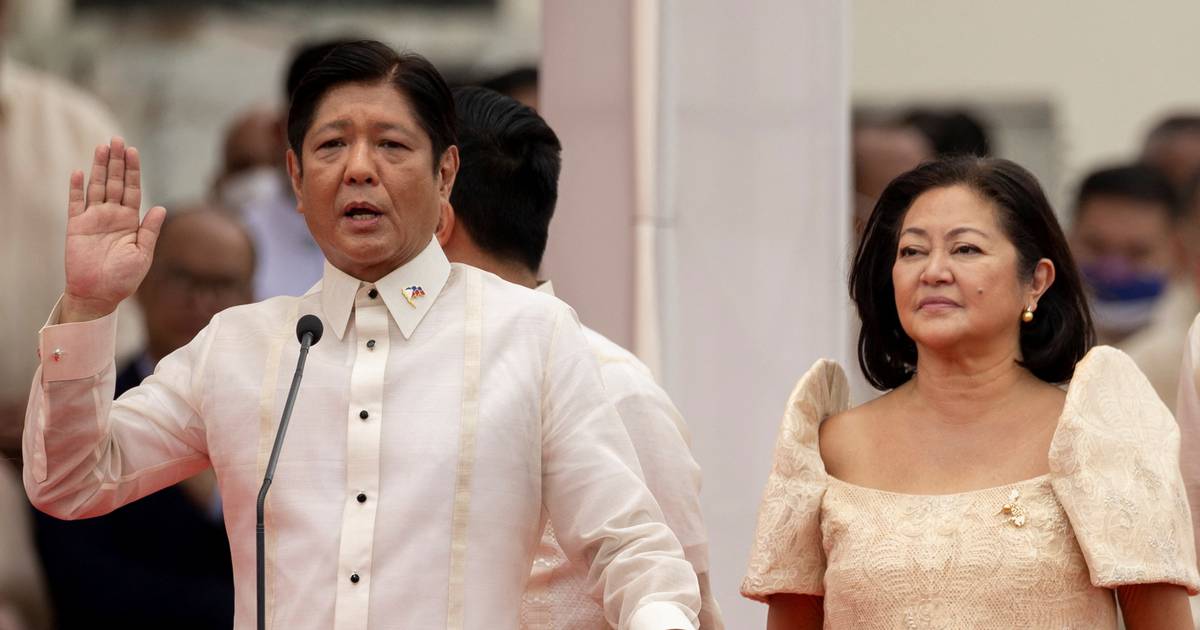 Marcos Jr., the son of the late dictator of the same name, took the oath in front of hundreds of local and foreign officials, journalists and sympathizers at the National Museum in the capital, Manila.

Ferdinand “Bongbong” Marcos Jr. (64) won the first round of the May presidential election, the biggest victory since his father was ousted in 1986 by a popular uprising.

Marcos will succeed the extremely popular Rodrigo Duterte as president, who has become notorious around the world for his deadly war on drugs and who has threatened to kill people suspected of trafficking drugs after leaving office.

More than 15,000 police officers, soldiers and Coast Guard personnel have been deployed throughout the capital for the inauguration.

Before the inauguration, Duterte received Marcos Jr. at the Malacanang Presidential Palace, from which the Marcos family fled into exile 36 years ago.

Duterte, 77, wore a mask and shirt, characteristically unbuttoned at the top with rolled-up sleeves, at a meeting with Marcos Jr., whom he once described as a “weakling”.

The inauguration took place a few days after the Supreme Court rejected the last attempts to marcosa Jr. disqualified from election and prevented from taking office.

Marcos Jr. has made the fight against inflation, increasing growth and food production its priorities at a time when rising prices are hurting the economy, already affected by the covida-19 pandemic.

Marcos Jr., who acts more businesslike and polite than Duterte, came to power with the help of a widespread disinformation campaign on social media.

Groups of his sympathizers have flooded the Philippines with false or deceptive revelations portraying his family in a positive light, ignoring corruption and human rights violations during his father’s 20-year rule.

For the success of Marcos Jr. it was an extremely important alliance with Duterte’s daughter Sarah, who secured the position of vice president with more votes than him.

Many expect that Marcos Jr. be more predictable and less violent than his predecessor Duterte, but activists and the clergy fear he could use his victory to consolidate his power.

Marcos Jr., who distanced himself from his father’s rule but did not criticize it, pledged last month to “always strive for perfection.”

Unlike Duterte, who moved away from the United States and closer to China, Marcos Jr. indicated that he would build a more balanced relationship with the two powers and insisted he would support an international ruling against Beijing over the resource-rich South China Sea.