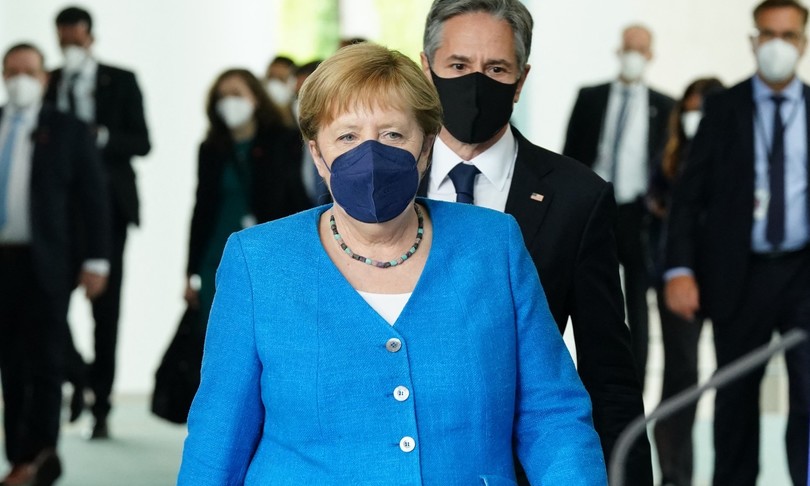 – Angela Merkel must postpone her “rest and reading” projects: two days after the elections, which sanctioned the fragmentation of German politics no longer polarized only in the two historical parties, the Social Democrats and the Christian Democrats, it is clear to everyone that his stay at the Berlin Chancellery is destined to be prolonged.

Until the newly renewed Bundestag has appointed a new head of government, the law provides that the outgoing chancellor will continue to exercise her responsibilities, respecting in particular the international agenda and appointments. Very it will therefore probably still be she who will lead the Berlin delegation to the G20 summit in Rome, in late October.

His last image dates back to Sunday evening, in turquoise with a black mask on the stage of the Berlin headquarters of the CDU, next to an Armin Lascher whose face he could not mask his disappointment at the electoral defeat, in contrast to the words he uttered while still claiming for himself the post to try to form a majority.

Merkel supported him, albeit in her own way and without too much enthusiasm, during the electoral campaign, especially on the eve of the vote; but now it pulled out of post.election disputes internal to the party and, since she has not re.nominated, she will no longer be in Parliament: this justifies her absence from the meetings in recent days.

After all, as the political scientist Christiane Liermann told the Agi, “the collapse of the Christian Democrats after the long phase of Merkel’s government reveals to us that the consensus was for the person and not for the party, with which the chancellor had never had an intense relationship as it had been in the past for Helmut Kohl or even for Konrad Adenauer “.

According to the analyst of Villa Vigoni, “Merkel therefore has her share of responsibility for the disappointing result of CDU.CSU in these elections: he has neither created fertile ground for a successor nor has he adapted a recognizable profile to the party, giving it a sort of slow social democracy ”.

Although the government is not expected to go much beyond ordinary administration in the next period, the times for the formation of a new executive can be very long, as there is no statutory deadline. In 2017, the failure of a three.party coalition between the CDU, liberals and greens, had extended Berlin’s period of “political limbo” to almost six months.

Now all the protagonists are hoping that the government will take office before the end of the year, among other things also to allow Germany to become rotating president of the G7, in 2022, with a fully operational government. Furthermore, Federal President Frank.Walter Steinmeier, the one who must identify the chancellor who is most likely to find a government majority and confer the office, is about to expire: in March 2022, Parliament will have to decide whether to reconfirm him or if there will be a successor.

What is certain is that if the current government remains in office beyond December 17, Angela Merkel, in power since November 2005, it will break the record of permanence at the chancery, previously held by the “ferryman” of the unification of Germany, Helmut Kohl, in office from 1982 to 1998 for 16 years and 26 days.