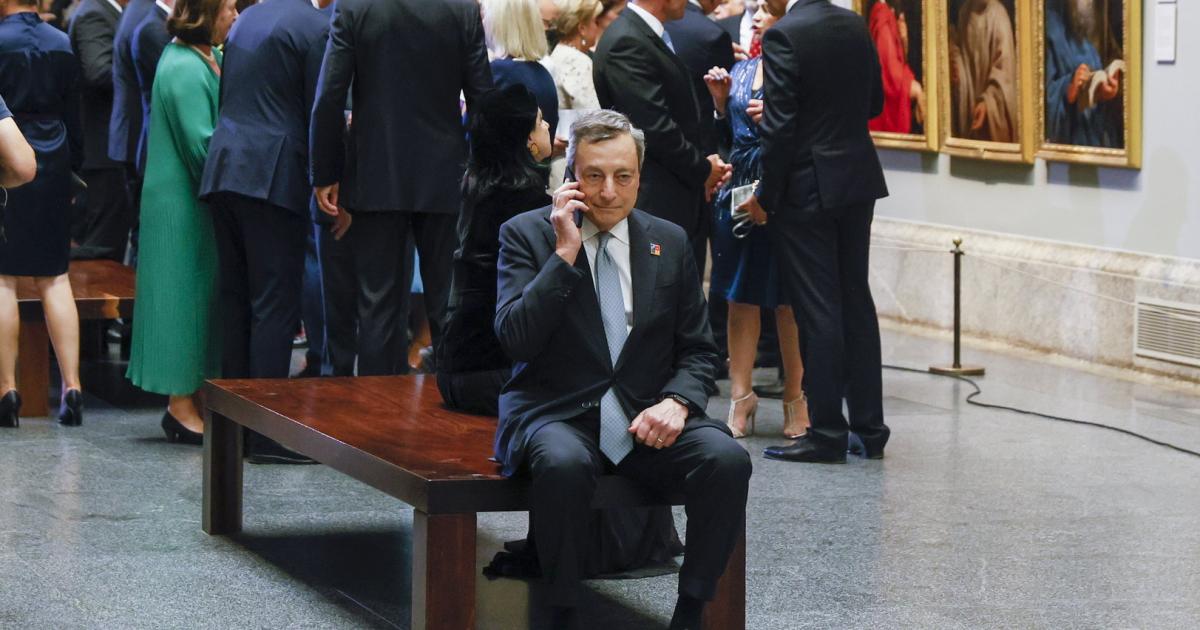 Rumor has it that the prime minister is about to shoot at his predecessor. Draghi is scheduled to speak at a press conference on Thursday evening.

Two questions are currently occupying the whole of Italy: did Prime Minister Mario Draghi really tell the founder of the Five Star Movement, Beppe Grillo, that he should get rid of ex-Prime Minister Giuseppe Conte, who is now the leader of the movement? At least that’s what an Italian newspaper reported. And would that have consequences for the governing coalition, is it perhaps over?

Draghi himself has further fueled the speculation; whether consciously or unconsciously, cannot be said. When Italian journalists asked him on the sidelines of the NATO summit if he really asked Grillo to remove Conte from the movement, Draghi’s cryptic answer was: “We spoke on the phone and started talking. Tomorrow we will hear each other again.”

The government’s official statement did not come until the evening: “The prime minister neither told Beppe Grillo nor asked him to remove Giuseppe Conte from the leadership of the party.”

This statement did not calm the waves of excitement.

An angry Giuseppe Conte had already stood in front of the cameras and described Draghi’s supposed attempt to drive him out of the movement with Grillo’s help as “consequential”. According to Conte, it is outrageous “that a prime minister who is also a technocrat should interfere in the internal affairs of a party.”

Another indication that there may be some truth to the story is the fact that Draghi left the NATO summit early to return to Rome. This means that the incident is not trivial and could even endanger the continued existence of the coalition, although both Conte and Draghi have ruled it out.

But nobody would bet on these insurances in Italy at the moment. Not least because a lot has changed in the coalition for the past week.

First, the former leader of the Five Star Movement and current Foreign Minister Luigi Di Maio announced his departure from the movement. The step had serious consequences: on the one hand, Di Maio was followed by 60 five-star parliamentarians, which meant that the movement is no longer the strongest faction in parliament. This place is now occupied by the national-populist Lega Matteo Salvini.

On the other hand, the wing fights among the five stars are intensifying. One of the two wings is pushing for an exit from the coalition, saying it would give the movement more freedom and perhaps bring back some of the former voters ahead of spring’s general election.

And then there is Lega boss Matteo Salvini, who wants to take advantage of the moment. In order to distinguish himself, he will put all conceivable stumbling blocks in the prime minister’s way.

How long Draghi can play the game remains to be seen. Draghi has scheduled a press conference for Thursday evening.