Putin mocks Western leaders: “Do they want to be photographed without a shirt? It would be repulsive” 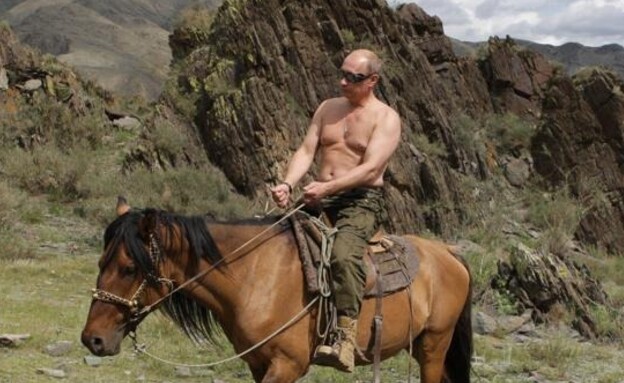 Russian President Vladimir Putin today (Thursday) attacked the leaders of Western countries – who mocked him earlier this week. At a meeting of G7 leaders earlier this week, British Prime Minister Boris Johnson mocked Putin’s famous photo of a shirtless horse – and today the Russian president said that if Western leaders were photographed without a shirt it would be “disgusting”.Putin made the remarks at a summit of Caspian leaders in Ashgabat, the capital of Turkmenistan, and criticized the jokes heard about him by Johnson and other leaders. On Sunday, as part of the group photo of the leaders at the summit in Germany, Johnson mockingly said that “maybe they need to take off their clothes to look stronger than Putin.” Canadian Prime Minister Justin Trudeau replied that he was capable of competing with Putin and riding a “bare-chested” horse.

Putin attacked the leaders today, saying they were – unlike him, “addicted to alcohol and not doing sports.” He further said that he “does not know why they want to undress, above or below the waist, but I think one way or another it will be a repulsive sight”.

He added advice for Western leaders, saying that in order to look good “one must stop the addiction to alcohol and other bad habits, do physical exercises and engage in sports regularly”.

Putin’s remarks come amid an unprecedented wave of rumors about his health condition, which received widespread attention during the war in Ukraine. Among other things, it was claimed that Putin had cancer, underwent complicated medical treatments, was treated with hormones – and it was even claimed that he was dead and that whoever appears in his place is in fact a double.