Harris has not condemned allegations that Israel commits “ethnic genocide” 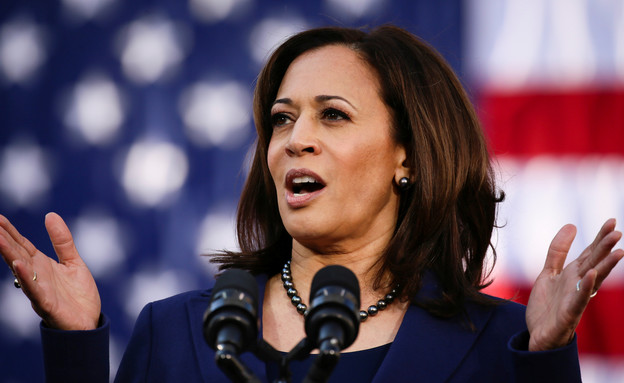 US storm: U.S. Vice President Kamla Harris visited the University of Virginia yesterday (Tuesday) as part of a planned official visit – where a student she spoke to told her that Israel is committing “ethnic genocide” – while Harris decided not to condemn her remarks.

The Vice President visited George Mason University in Virginia, where she spoke with students about the importance of democracy and the right to express a position. As part of the conversation, she also spoke with a student who criticized the US House of Representatives’ approval of the Israeli aid budget for Iron Dome interceptors.

“I saw during the summer that there were a lot of protests that sought to side with the Palestinians,” the student said. “Only a few days ago, the aid budget for supporting Israel was approved, which touched my heart because of the ethnic genocide and the displacement of the people it commits, just as happened in America – I am sure you are aware of these things.” The student protested the fact that the billion dollars allocated to support Israel’s defense weapons could help health insurance, instead of “encouraging Israel and Saudi Arabia.”

In response, Harris shook her head and said she was “glad” that the student chose to raise her feelings and concerns and stand her ground – “because that’s the way it should be in a democracy.” She added that “it’s about your voice, your perspective, your experience, your truth – that must not be suppressed and they must be heard. This is one of the things we are fighting for in a democracy.” Harris went on to say that democracy is at its weakest point when “no one is left in the discourse anymore.”

Recall, on Thursday the House of Representatives approved the aid budget for the renewal of the Iron Dome interceptor reservoirs. The law passed the House of Representatives with the support of 420, compared to the opposition of only 10 legislators. The law was submitted as a single section, after it was removed from the budget law at the last minute – due to opposition from progressive democratic legislators.