At 96 – a Nazi war criminal prosecuted in Germany 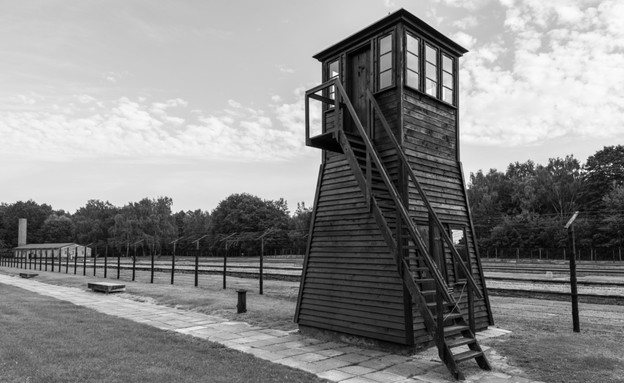 An indictment for aiding and abetting the murder of tens of thousands of people will be filed today (Thursday) in Germany against Irmgard Forkner, a former secretary in a Nazi concentration camp in Poland during the Holocaust. According to the indictment, a 96.year.old Forkner served as the secretary to the commander of the Stadthof concentration camp in Poland, near the port city of Gdansk (then Danzig) on ​​the shores of the Baltic Sea.

Shortly before the opening of Forkner’s trial this morning, the prosecution announced that its traces had disappeared and it was missing. According to what is known so far, she left the nursing home where she lives this morning, got in a taxi towards the train station and disappeared. The German authorities have issued an arrest warrant against her and she is defined as wanted.

Furchner began working in the concentration camp at the age of 18. She will be charged with aiding and abetting the murder of 11,412 people as well as attempted direct murder of 18 other people. She will stand trial near the city of Hamburg, where she lived and grew up in those years. In doing so, Forkner will become the first woman to stand trial for her part in Nazi crimes for decades.

The indictment against Forkner is a direct result of the trial that took place about 10 years ago against John Demjanjuk, who was convicted in Germany in 2011 of aiding and abetting the murder of almost 30,000 Jews in the Sobibor extermination camp. As a result, at the age of 91, he was sentenced to five years in prison. The novelty in his trial was the ruling of the judge, who ruled that even a person who ostensibly had a marginal role in the extermination, and was merely a “screw in the murder system,” had to take personal responsibility and act to prevent the crimes.

As part of Forkner’s trial, many Holocaust survivors imprisoned in the Stutthof concentration camp are expected to come and testify against her. The prosecution is calling for more witnesses who were in the camp to come and testify.

In 2016, at the age of 94, Oscar Garning, who spent time as a librarian in the Auschwitz extermination camp, was sentenced to four years in prison. He was convicted of involvement in the murder of tens of thousands in the camp. That same year, Reynold Hanning, also 94, was also sentenced to five years in prison and was convicted of serving as a guard at Auschwitz. Demjanjuk, Grening and Hanning died before they began serving their sentences, while awaiting the appeal process they filed.

In 2020, Bruno Day, who served as a guard in the Stutthof camp, was sentenced to two years in prison. Unlike others, he did not appeal his sentence and agreed with his conviction and even expressed remorse. He’s still alive.

The prosecution in Forkner’s trial will be required to prove the extent and familiarity with the serious offenses attributed to her, while serving as secretary of Paul Warner Hope, a senior SS official. Jewish, Polish, and Soviet inmates. The indictment against Forkner states, among other things, that she specialized in the art of stenography, which is used to hide messages in a way that no one other than the person receiving the message can see or know about its existence.

Forkner’s defense team would like to claim that she held only office positions that included writing and reading letters, telegrams and the like, but was never exposed to the physical harm suffered by the inmates in the camp. Because of this, they would argue, that Forchner could not take responsibility for the crimes attributed to her.

The trial will present, among other things, the prosecution’s documents from Forkner, attesting to the deportations of people to the Auschwitz camp and the sending of mass murder orders, signed in the letters “DI”, an abbreviation of her maiden name. In addition, documents from the commander of the Hope camp will be presented, including instructions for carrying out the murder using gas in a special cell in the Stutthof camp.