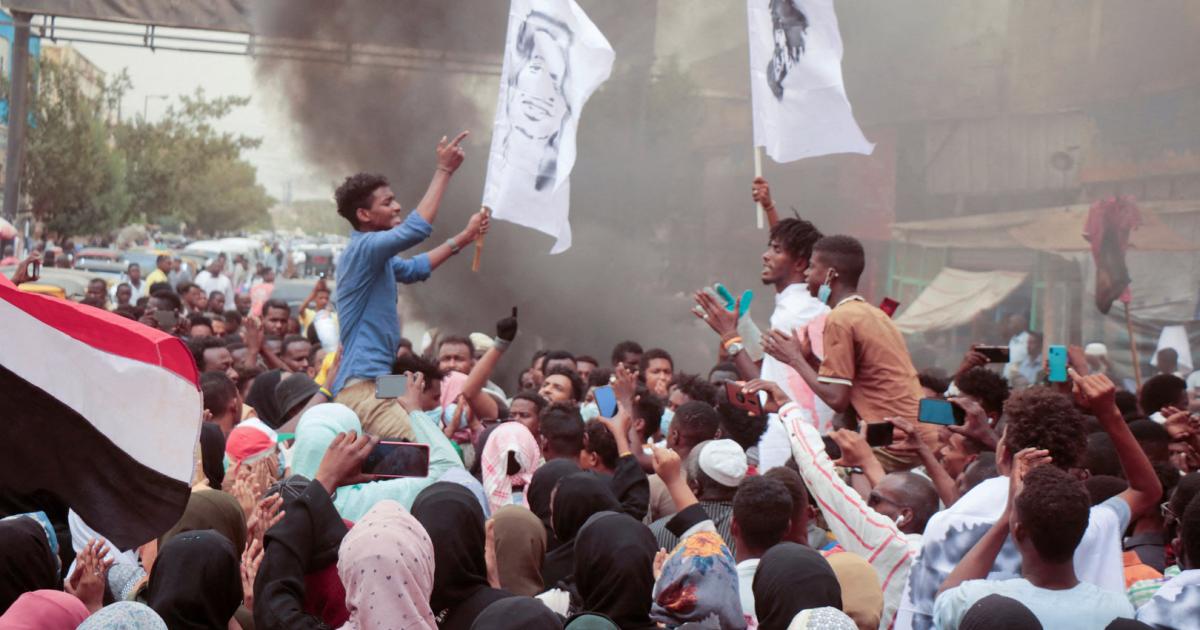 Protests against the military government have broken out in Sudan for the fourth day in a row. Hundreds of people took to the streets in the capital Khartoum and several suburbs on Sunday, eyewitnesses said. Nine demonstrators were killed in mass protests in Khartoum on Thursday. Despite the violent action of the security forces, there were protests again on Friday and Saturday; on Sunday they continued.

In Sudan had army chief Abdel Fattah al-Burhan in October declared a state of emergency and ousted the government after the ouster of the longtime ruler Omar al-Bashir 2019 to lead the transition to democratic elections. Since then, there have been repeated protests, against which the military often uses violence.

Over a hundred fatalities

At least 114 people have already been killed. On Sunday, according to doctors, a demonstrator succumbed to injuries sustained during a protest in mid-June.

The UN, the African Union and the Northeast African regional organization Igad had called for an end to the violence after the deaths on Thursday. All attempts by the international community to mediate between the conflicting parties have so far failed.