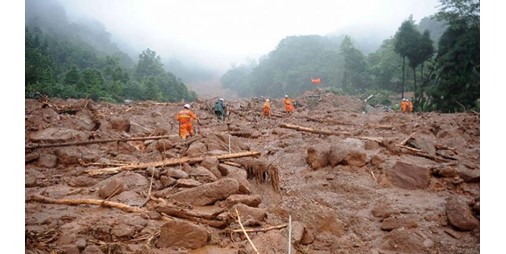 The death toll from a mudslide at a railway construction site in the northeastern state of Manipur has risen to 29, the Indian authorities announced on Saturday.

Rescue authorities said that 21 of the recovered victims belonged to the army forces that were working to secure the construction site officials against the rebels, adding that the rescue work could continue for two days, although hope faded of finding survivors among the 37 people still missing.

The American “ABC” network reported that 13 soldiers and five civilians were rescued from the wreckage, while more than 250 soldiers, police and rescue workers are participating in the rescue operations.

It is noteworthy that the torrential rains that have continued for three weeks have caused widespread destruction in the northeast of the country and in Bangladesh, and displaced about 45 million people.