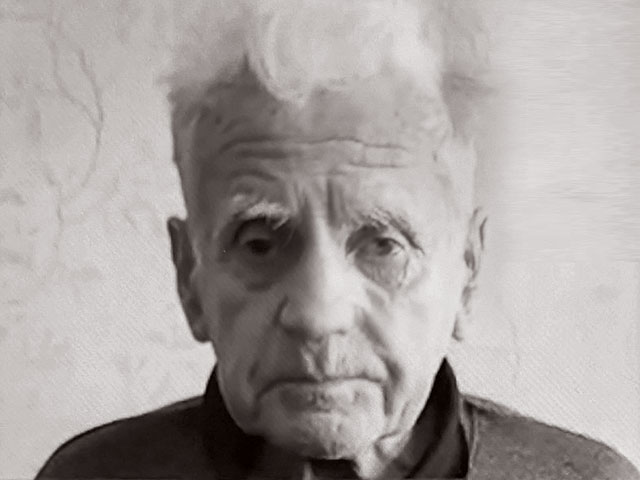 The Righteous Among the Nations Alexander Slobodyanyk died on July 2 in the town of Lubny, Poltava region of Ukraine. “He had a nervous breakdown after all the military news, the shelling of Ukrainian cities, the flight from the shelling of Russian artillery and tanks, wandering around temporary apartments,” Israeli journalist, historian, expert on Ukraine Shimon Briman writes on his Facebook page. .

“He left quietly, in his sleep. He was not hit by enemy shells and rockets, but he is certainly one of the Ukrainian victims of Russian aggression. Aggression that pulled him out of his home and shortened his life,” the message says.

A month and a half ago, we wrote that 93-year-old Alexander Slobodyanyk, forced to flee his home, needs help. “After the invasion of Russian troops into Ukraine, an elderly man spent a month with his family in a cold basement without water, gas and electricity, and Russian tanks drove through the streets and fired in all directions. In his peaceful village near the Dnieper estuary, 40% of the houses were destroyed. they were taken out by shelling across the front line in the south of the Kherson region, from the zone occupied by Russian troops. Now five of them huddle in a rented “kopeck piece” in the Poltava region, “Shymon Briman said then.

The Yad Vashem memorial complex awarded Alexander Slobodyanyk the title of Righteous Among the Nations for rescuing David and Dora Gershengoren during World War II.

Alexander’s stories about that war and that occupation intermingled with descriptions of this war and the new occupation. “They (Jews), poor fellows, endured so much suffering under the Germans. And now we are enduring a life similar to that of the Jews .. We have to go somewhere, look for an apartment somewhere, hide from this shooting that the Russians started against Ukrainians. What is happening now in Ukraine.. I am very sorry for the people, I am very outraged by Russia. Such a misfortune! This war is even worse than that one,” he said.