FdI Fidanza MEP rejects the charges and suspends himself 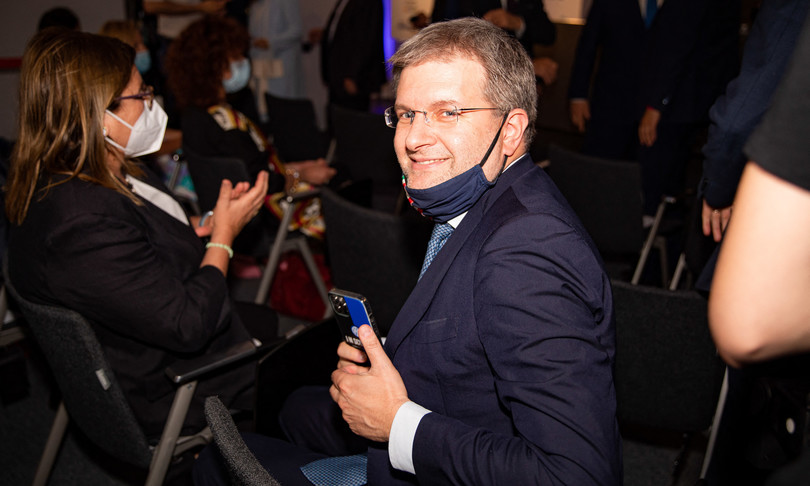 – Presumed illicit financing, money laundering, but also racist and fascist phrases. This is what emerges from an investigation carried out by Fanpage and broadcast by the La7 broadcast ‘Piazza Pulita’. A storm that strikes the head of delegation of FdI in Brussels, Carlo Fidanza, who suspends himself but rejects all accusations. And the president of the party, Giorgia Meloni, before commenting asks to be able to view the entire video.

The defense of Fidanza, “never received irregular funding. I will take legal action”

“I have never received irregular funding”, Fidanza immediately clarifies, according to which the service aired would have been ‘cut’ in order to “give a totally distorted image of me and my political activity”. So it ensures: “There is and never has been any extremist, racist or anti.Semitic attitude in me”.

Having said this, “in associating with my party’s request to obtain full films concerning me without cuts or tampering, I consider it appropriate to self.suspend myself from every party role and activity in order to preserve the Brothers of Italy from instrumental attacks”. At the same time, however, the MEP announces, “to protect my reputation I reserve the right to take civil and criminal justice”.

M5s and Pd start the attack, “an alarming picture”, and ask for the resignation of the head of the FdI delegation. Meloni, reached by the storm that hit its head of delegation in Brussels while the press conference in Rome is underway with Matteo Salvini and the other center.right allies to give the final sprint to the candidate Michetti and, in particular, offer the cameras and the objectives the image of a united coalition, after the lack of a ‘family photo’ yesterday in Milan, is not unbalanced, shows caution and explains: “I officially ask Fanpage to give me the entire footage of this three.year work because clearly I am a very strict person on several subjects. However, I do not judge and evaluate a manager I have known for over 20 years – and I was struck to see him told like this – on the basis of a curiously broadcast video two days after the vote “.

The FdI leader assures: “I am ready to make all necessary decisions when I see real responsibilities, but to be aware of these I ask to have the entire 100 hour film. Then I’ll let you know what I think. “Later Meloni entrusts the line to a note:” Fratelli d’Italia has always been very strict in respecting the rules on party funding and does not accept those who support racist or discriminatory theses among their ranks ” .

“The Fanpage investigation shows a chilling reality. Fratelli d’Italia not only welcomes but even promotes shady characters who praise Hitler, make jokes about the Jews and regret the fascist dictatorship “, attacks the delegation of the 5.star Movement in the European Parliament, demanding the resignation of Fidanza and inviting Meloni to” not minimize. There emerges “a chilling reality incompatible with a force that aspires to govern. One a scenario that requires Meloni to distance himself. Unless the words, gestures and method of Fidanza do not represent the line of his party “, writes on social media the president of the senators of the Democratic Party Simona Malpezzi.

Self.suspension “is not enough”, urges dem secretary Enrico Letta. What the investigation shows “is shocking”, is the reaction of Europa Verde, which announces that it has sent a complaint to the Milan prosecutor’s office to ask for an investigation to be opened.