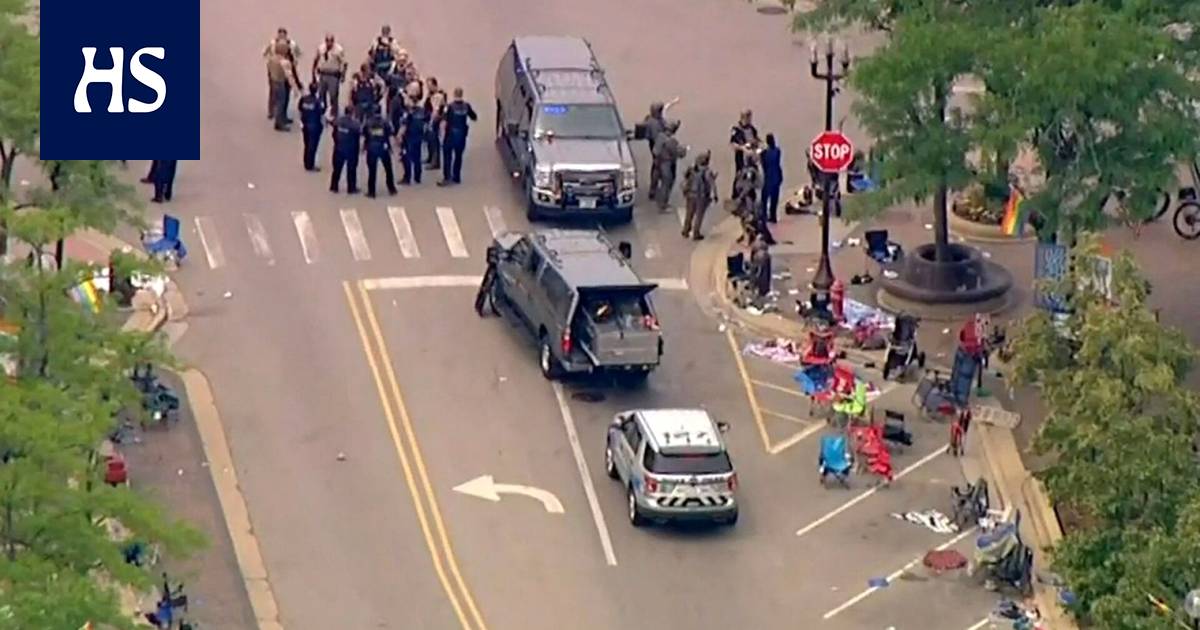 At least six people have died in the shooting.

At least Six people have been killed and more than 30 injured in a shooting at the Independence Day parade in the Chicago suburb of Highland Park, Illinois on Monday morning.

Suspect is a 22-year-old man. Earlier, the police said that the suspect is a white young man.

According to the police, the suspect seems to have fired randomly towards the parade.

One of the dead is Mexican, Mexican authorities confirm.

Several US media and news agencies reported on the matter. Officials have confirmed the information, and journalists at the scene have reported that people fled the scene in terror.

At the press conference organized by the police, it is reported that a rifle has been found at the scene of the shooting. Earlier in the day, the police commander urged people in the area to stay sheltered indoors.

Present the people who were there believe that the shooter was standing on the roof and fired from there into the crowd, the local WGN television channel reports, according to the Reuters news agency.

The police also confirmed that they believe the shooter was on the roof. Currently, the police suspect that there was only one shooter.

of the United States president Joe Biden describes himself as “shocked” by the shooting on Monday morning. Biden says he spoke with the mayor of Highland Park and the governor of Illinois and offered them help from the federal government. In addition, Biden says he directed federal troops to help search for the shooter. The information about the help came at the point when the shooter had not yet been caught.

According to Biden, he “will not give up the fight against the epidemic of gun violence”, referring in this context to the new gun bill that the country’s House of Representatives recently accepted to combat gun violence.

Mayor of Highland Park Nancy Rotering says on Twitterthat the day’s other independence celebrations have been canceled due to the shooting.

The New York Timesin interviewed a resident of Highland Park who was there described the scene as “creepy”.

“I have never seen anything like it in my life. It was chaos,” the resident described to The New York Times.

Mayor of Chicago Lori Lightfoot announced that the police will do everything they can to quickly catch the shooter.

Less newsworthy mass shootings happens in the US on a regular basis.

STATESIDE this year, a total of 309 people have been killed and wounded in mass shootings, according to statistics Gun Violence Archive website. In statistics, shootings in which at least four people are wounded or killed are counted as mass shootings. The perpetrator does not count towards the minimum number of wounded or dead.

The news is updated.

Police are still looking for the shooter. Picture: Jim Vondruska/AFP

People left their wheelchairs in the event area after fleeing the scene. Picture: Jim Vondruska/AFP