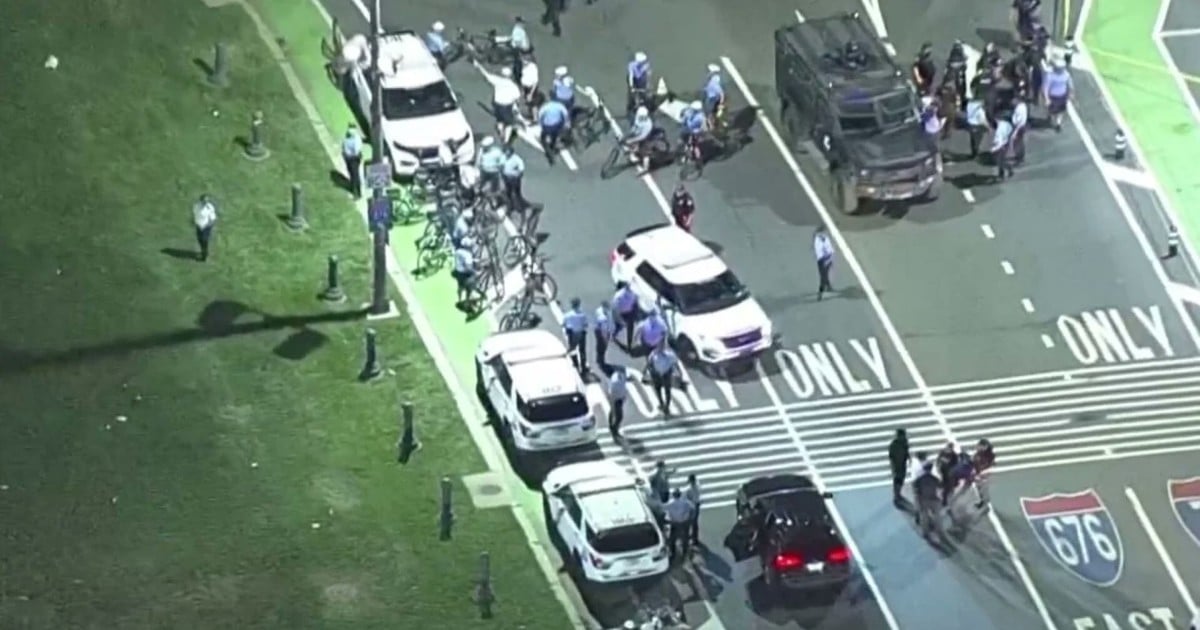 Just a few hours after the massacre that left six dead and 24 wounded in Chicago, another shooting marred July 4 celebrations in the United States. This time it was in Philadelphia, where two police officers were injured in a confusing episode that provoked runs from the crowd attending a fireworks display for the Independence Day of that country.

During the night of this Monday, videos began to be broadcast where thousands of people could be seen running for shelter amid widespread fear of the rumor of a shooting.

Initially, authorities in Pennsylvania County’s largest city said there was no evidence of gunshots. Local media even suggested that the scare would have started after the noise of the firecrackers was mistaken for a shooting.

Through Twitter, the Office of Emergency Management issued a limited official statement in which it reported that there had been “a security incident“, although he did not speak of any shooting. “Follow public safety instructions and avoid the area. Details to follow,” he added.

For its part, in the same social network, The Philadelphia Police also acknowledged the existence of a problem, but did not specify its seriousness and limited itself to delivering a suggestion: “For those looking to meet their loved ones on the Parkway, meet at 1901 Vine Street in front of the Free Library of Philadelphia . Everyone else, please avoid the area“.

Police deployment after a shooting in Philadelphia, during the celebrations for the 4th of July.

However, it was later made official that two policemen had been injured in a shootout. One, aged 36, suffered a bullet to the head, while the other, aged 44, was hit in the right shoulder.

Both were treated medically and discharged. at Thomas Jefferson University Hospital, according to the Philadelphia Police Commissioner, Danielle Outlaw.

The attack happened near the Philadelphia Museum of Art during the Wawa Welcome America concert. Police immediately surrounded a nearby building and a team of SWAT special agents entered in search of the suspect.

BREAKING: Hundreds fled a Lake Eola, Florida fireworks display due to “shooting” fears, but cops have now confirmed there is no evidence of a shooting and no one is in danger. pic.twitter.com/sK8EkWg6NK

Outlaw explained that it is investigating whether the shots were intentionally directed at the injured officers or if, on the contrary, it was shots fired into the air in the middle of the celebration.

In addition, he asked that anyone who has evidence about the shooting, be it a video, a photograph or any information about it, contact the Police.

“Ending with an event like this is obviously not favorable, but again we will continue to do our job and continue to search for who is responsible for this,” he concluded.

A month ago, around midnight on Saturday, June 4, Philadelphia had suffered the consequences of another shooting in the United States, when a man fired into the crowd and left three fatalities (two men and one woman) and 11 injured. .

The massacre in Chicago during the celebrations for Independence Day

Six people died and 24 others were injured. after a man shot into a crowd during US Independence Day celebrations in the Highland Park area outside Chicago. According to local police, the attacker opened fire with a rifle from a roof. He was on the run for hours, but He was arrested in after the completion of a major operation.

The Chicago Sun Times, whose reporters were covering the event, reported that the shooting began just ten minutes after the start of the celebration.

According to the NBC Chicago site, so far this weekend of celebrations for Independence Day some nine people died and 57 were shot during different incidents in that city.