Former President Mikhail Saakashvili arrested after his return to Georgia 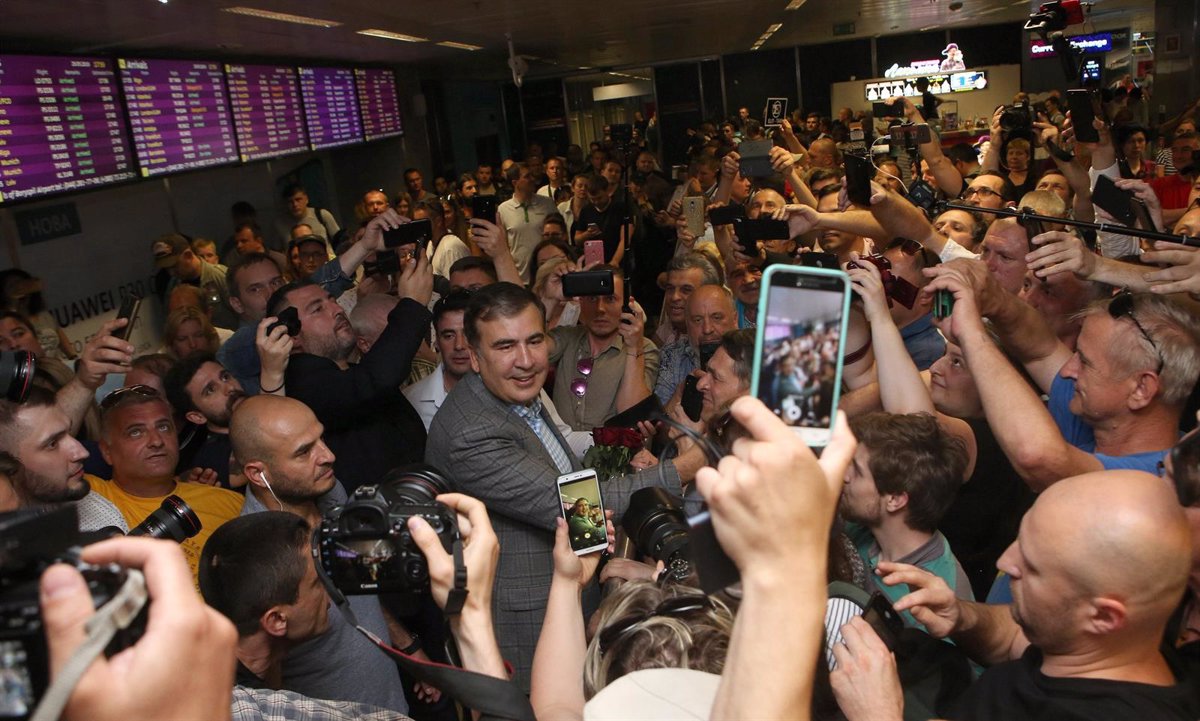 The Georgian president assures that “never” will grant the pardon to the ex.president

The Prime Minister of Georgia, Irakli Garibashvili, announced on Friday the arrest of former President Mikhail Saakashvili after he returned on the same day to the country he presided over, a day before the holding of local elections and after eight years abroad after his fled amid accusations against him for embezzlement and the representation of a protest when he was President.

“Good morning, Georgia. Already in Georgia after eight years,” Saakashvili – who was president between 2004 and 2013 – had indicated on Friday morning in a message on his account on the social network Facebook, after which he highlighted that “voting for Georgian Dream will sign the death warrant for Georgia.”

However, hours later the prime minister issued a statement in which he announced that “the third president of Georgia Mikheil Saakashvili has been arrested and transferred to the penitentiary.”

“We knew about its location, so it was very easy to do it,” Garibashvili said in the letter, which Bloomberg collects.

After the arrest, the country’s president, Salome Zurabishvili, gave a televised speech in which she assured that she will “never” grant the ex.president a pardon. In addition, he has taken the opportunity to thank the security forces for their work during the operation, which has had “a high professional level” and has been carried out “in a peaceful manner.”

“The State and its institutions have not, they have collapsed, but, on the contrary, they have been strengthened,” he has considered, according to the Georgian news portal Ambebi.

“Many ask if the president is going to be forgiven, the answer is one, simple and definitive: no and never,” he added, to recall the commitment with which he came to office to “fight against a regime that trampled on Human Rights, the free economy and the law, which sacrificed life and health to stay in power. “

According to Zurabishvili, former President Saakashvili made an “unacceptable decision when he resigned the people”, so this Friday, when he “invaded the territory in violation of the state border and the law, trying to undermine the authority of the Police”, has been arrested. “And most clearly, with the intention of” destabilizing the country “, the president then criticized, citing the” advice and warnings “that the former president had received in this regard.

For her part, MEP Marketa Gregorova, a member of an electoral observation mission of the European Parliament, already warned last week that the return of Saakashvili could complicate and destabilize the holding of the elections.

The media had anticipated that Saakashvili would make his first public appearance after returning to the country on Saturday.

Saakashvili, who during his tenures imposed several reforms of rapprochement with the West and starred in a brief conflict with Russia in 2008 – which led to the loss of the South Ossetia and Abkhazia regions – has a pending arrest warrant for embezzlement and repression, for which the authorities have warned on several occasions that the former president will be arrested as soon as he enters the country.

Following his departure from the Presidency, he left Georgia. In 2015, the then president of Ukraine, Petro Poroshenko, granted him Ukrainian nationality and appointed him governor of the Odessa region, a position from which he would end up resigning a year and a half later due to disagreements with Poroshenko.

Subsequently, Poroshenko issued a decree in 2017 to withdraw citizenship from Saakashvili, who, after spending time abroad, returned on foot from Poland supported by a group of supporters. After leading a series of protests, he was arrested again in 2018 and expelled from Ukraine.

However, with the coming to power of the Ukrainian President, Volodimir Zelenski, the former Georgian president has regained his status, as well as his citizenship, and was appointed by the president as chairman of the National Reform Committee of the Ukrainian Government.