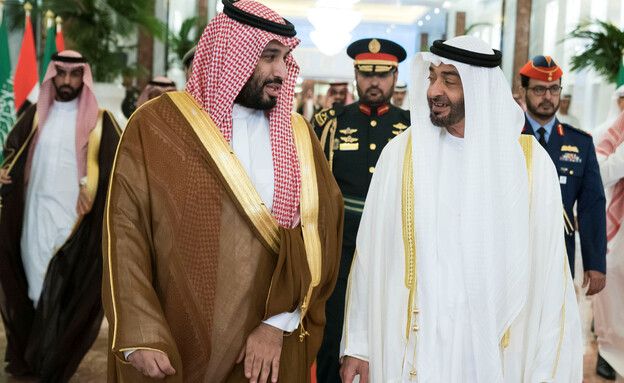 Two of the richest and most powerful countries in the world have announced a surprising and dramatic move to tackle the global economic crisis, which is also hurting them: distributing billions of dollars to their citizens. Saudi Arabia and the United Arab Emirates, two of the countries that have enjoyed a dramatic jump in their revenues in recent months, have announced that they will provide their poor citizens with a total of more than $ 13 billion in order to deal with the economic crisis they have encountered.The UAE is expected to double the aid it provides to its poor citizens – and will distribute an amount of about 28 billion dirhams ($ 7.63 billion), according to the local news agency WAM. In recent months, the cost of living in the UAE has skyrocketed considerably, and fuel prices have risen by about 80% since the beginning of the year.

Under the new regulations, emirate families with a total income of 25,000 dirhams and less will be eligible for the new benefits. It is important to say that many of the citizens in the Emirates are wealthy, and only 10% of the country’s population of 10 million inhabitants are defined as citizens at all.

Inflation in the Emirates, which does not subsidize its citizens despite being the third largest oil exporter in the OPEC, is expected to reach 3.7% by the end of the year. However, it is estimated that by the end of the year it will fall to 2.8%. It is negligible, but in relation to most countries in the world this is a relatively small increase.

Neighboring Saudi Arabia has announced that it will take a similar step, distributing about 20 billion rials ($ 5.3 billion) to help fight the economic crisis in the kingdom. Among other things, more than 10 billion reals will be invested in cash directly into the pockets of underprivileged citizens, and the rest will be transferred to the purchase of shares of strategic importance.

Saudi King Salman has ordered the transfer of the money to citizens who meet the criteria – with the aim of “protecting them from the consequences of the global economic crisis and severe price increases,” the Saudi news agency reported. This is a dramatic and unconventional move by the Kingdom of Saudi Arabia, the world’s largest oil producer. This year, for the first time in more than a decade, Saudi Arabia is expected to end a year with a budget surplus.

The meteoric rise in oil prices in recent months, largely due to the war in Ukraine, has increased Saudi Arabia’s and UAE revenues by hundreds of billions of dollars. Just recently, the Forum of Petroleum Exporting Countries (the countries that export oil), in which the two companies are involved, announced that it would agree to increase oil production in order to help lower world prices.G7 Because both Saudi Arabia and the United Arab Emirates are already at a level close to their maximum oil output.