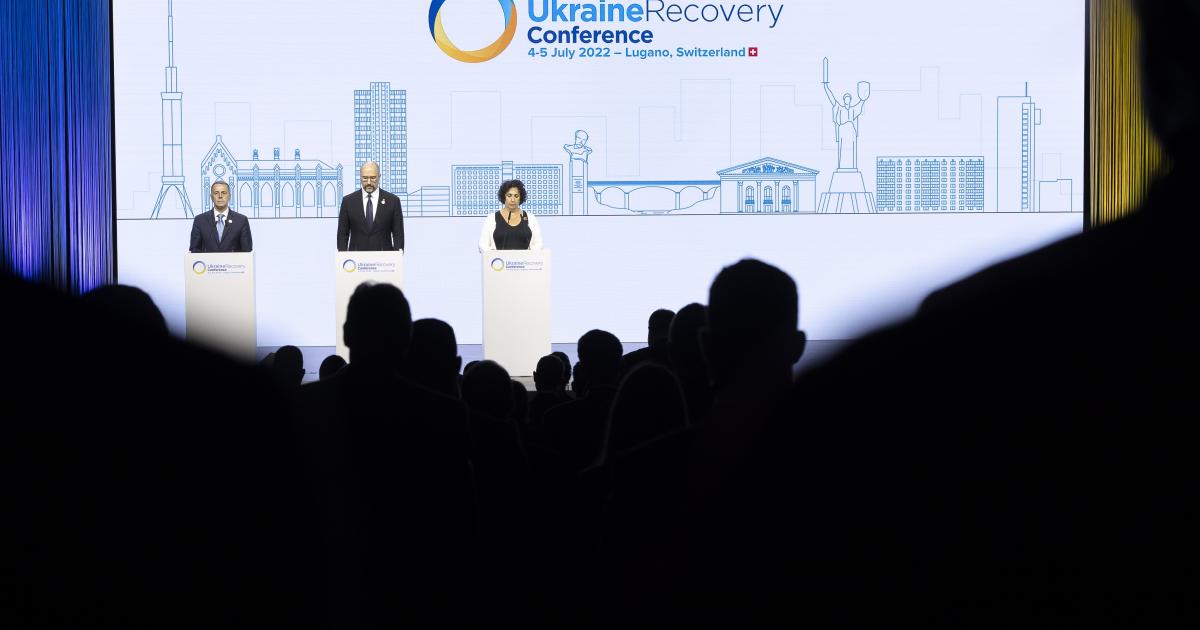 750 billion dollars, or almost 720 billion euros – that’s roughly how much the reconstruction of the war-ravaged Ukraine will cost. That comes from a hundred-page-long proposal for the reconstruction of the country, which the Ukrainian Prime Minister Denys Schmyhal and Foreign Minister Dmytro Kuleba presented at the head of a large Ukrainian delegation in Switzerland. In Lugano, 1,000 international participants, including aid organizations, spent the last two days discussing how the war-torn country could be rebuilt and redesigned.

The Ukrainian President would have liked to take part in person, but was unable to attend and appealed to the participating states via video message. It is the “common task of the entire democratic world” to rebuild Ukraine, he warned.

Despite the fighting, the most urgent repairs should be tackled immediately, such as water supplies and bridges. Ukraine has already lost $100 billion worth of infrastructure.