Fuel crisis in the UK: The army will transport fuel to stations instead of drivers … 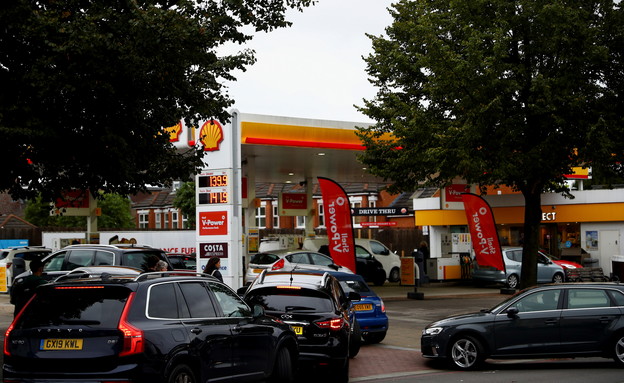 The shortage of fuel continues and leads to an atmosphere of chaos in the fifth largest economy in the world • The reason for the continuing shortage: the cessation of work of tens of thousands of drivers during the Corona and Brexit period • On the other hand, the British government insists: “

An atmosphere of chaos has prevailed in recent days in the UK, following a huge shortage of fuel across the country. The shortage of fuel is due to a rise in wholesale natural gas prices in Europe, which has caused energy companies to go bankrupt. Another factor that exacerbates the crisis is a shortage of truck drivers, which is causing delays in the supply of fuel and even other goods such as medicines and food.

During the Brexit, tens of thousands of drivers returned from Britain to Europe, and during the Corona crisis, the jobs of an additional 40,000 drivers were canceled. The country’s truck drivers’ union has warned British Prime Minister Boris Johnson that the crisis could also affect food prices and Christmas presents.

Following the crisis, British soldiers were sent to transport fuel to some of the gas stations, instead of the drivers of the commercial transport companies. On the other hand, the British government insists on sending positive messages. British Business Secretary Kwasi Quarteng has stated that “there are signs that the situation at petrol stations is stabilizing, and in all areas of the UK the supply of fuel is on the rise”.

Through the smell of sewage, cigarette smoke and diesel fumes in the truck parking lot, some drivers told Reuters, in several different languages, that wages must go up. They told of a hard and lonely life on the road, filthy showers, high parking fees, dangerous nights, illegal immigrants trying to find a way to cross the border and dealing with family after years of working in the distance.

The Governor of the Bank of England, Andrew Bailey, said the fifth largest economy in the world was now focusing on the inflationary effects of the shortage of fuel. This is while the growth forecasts in the country are quite positive – about 7%.