The embrace between Salvini and Meloni two days after the vote 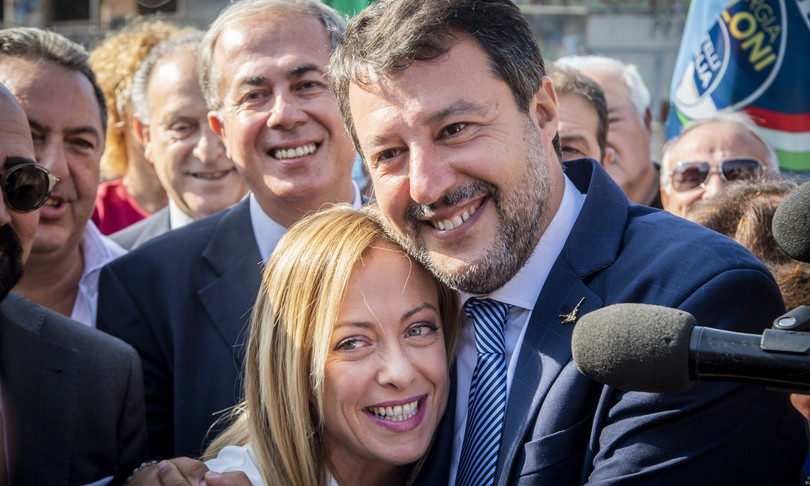 – Hugs, kisses, selfies. In the shadow of the ‘artefact’ of Spinaceto, Matteo Salvini and Giorgia Meloni they send signs of compactness in the center.right after the frictions within the coalition in recent weeks. They do so two days before the vote for the administrative elections in Rome, Milan, Turin, Bologna, Naples, Trieste and Calabria.

The opportunity is there final press conference of Enrico Michetti’s election campaign, candidate for mayor of the center.right. In the outdoor amphitheater, in addition to the leader of the League and the president of FdI, there are also the coordinator of Forza Italia Antonio Tajani and the Udc secretary Lorenzo Cesa. The theme is the race for the Capitol. But the focus is all on the frictions within the coalition that have marked the last few weeks. Vittorio Feltri, leader of FdI in Milan who criticized the choice of Luca Bernardo as a candidate. The League minister Giancarlo Giorgetti he praised Carlo Calenda’s campaign in Rome, arguing then that in a possible ballot between Roberto Gualtieri and Michetti the former would win.

“This initiative shows that the center.right, whatever someone says, and you hope someone else, is united”, he begins Tajani. Then Meloni he insisted: “We are not together out of interest. Not like the left, which occupies the seats only to prevent the center.right from going to the government.” It’s still, Salvini: “They resign themselves, this is the team that will govern the Municipalities and Italy in the next few years, even if once prestigious newspapers headline the train that leaves and the plane that delays”.

The secretary of the League repeatedly criticized the part of the press which he said “spends time peeking through the keyhole of the bedrooms”. An implicit reference to the events of his former head of communications Luca Morisi.

Meantime Lorenzo Cesa he jokes, affectionately defines Salvini and Meloni as “two boys, two young boy scouts”, then encourages them “to unity”, because “the center.right is a serious matter”. There is also talk of the race to the Capitol but it is a moment. The attention is all on the two leaders, after the missed meeting yesterday in Milan at the close of Luca Bernardo, between exchanges of jokes and confidential dialogues.

Monday evening the result. Salvini speculates: “Whoever has more mayors on Monday will have won the elections, whoever has less will have lost them. It is self.evident. Rome, Milan, Bologna, Turin, we probably can’t make it to win in the first round. But we will take away enormous satisfaction “.