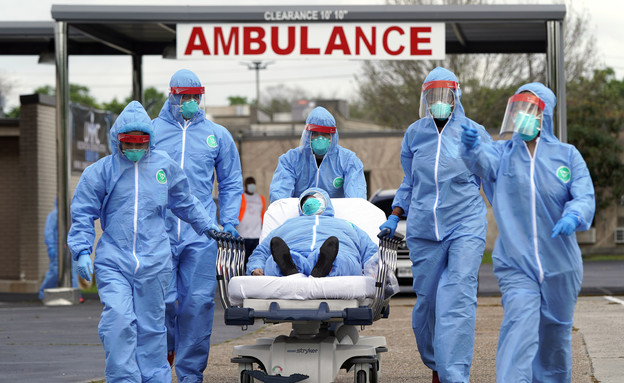 8,000 on average in the last week alone: The death toll from the corona virus worldwide has crossed the 5 million mark – Reuters news agency data shows today (Saturday). According to the data, in the last week 5 deaths were recorded – every minute.

Although half the world has already been vaccinated against the virus, the Delta variant caused a spike in data and even revealed the gaps between rich and poor countries, and the result of hesitation in taking vaccines in some countries around the world.

More than half of all world deaths reported on average were in the United States, Russia, Brazil, Mexico and India. Although 2.5 million people died within a year of the outbreak – the 2.5 million who died from the virus were registered in less than 8 months. According to Reuters, an average of 8,000 deaths have been reported worldwide in the past week, or about five deaths per minute. However, the global mortality rate has slowed in recent weeks.

In recent days there has been a growing focus on getting vaccines to poorer countries, where many people have not yet received a first dose. According to the data, more than half of the world have not yet received at least one dose of the vaccine. The World Health Organization said this week that the COVAX distribution program will for the first time distribute vaccines only to countries that cannot afford to purchase them.

Meanwhile, the United States last night crossed the threshold of 700,000 dead from Corona. The country has reported a daily average of more than 2,000 corona deaths in the past week, leading the world in the number of corona patients and corona deaths – about 19% of all corona patients and about 14% of all corona deaths since the outbreak is American. Today, the number of dead from Corona around the world since the outbreak of the plague has reached 5 million.

In mid.September, the corona wave reached its peak in the United States, but in the past two weeks the country’s morbidity figures have shown encouraging signs of improvement. Which stands at 10,000 patients per day to end the corona crisis.