Pandora’s Documents: All the names in the giant leak on the business of public figures 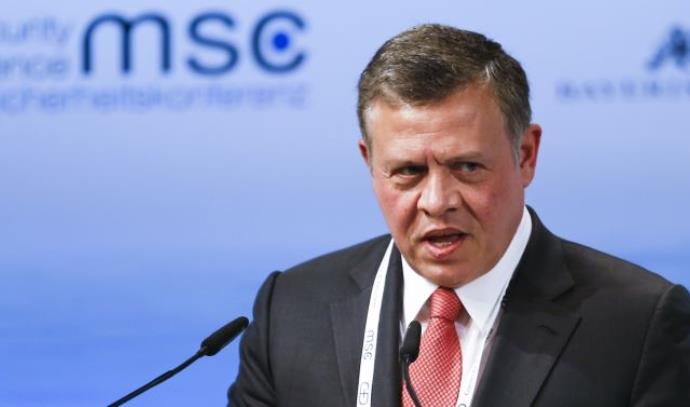 The huge giant leak in the history of financial documents has revealed how dozens of leaders and hundreds of public figures from around the world acted to hide their capital or make ostentatious expenditures, some while declaring a fight against corruption or while their people were in financial distress.

The investigation by the International Consortium of Investigative Journalists, which was also behind the publication of Panama Papers in 2016 and Paradise documents a year later, is based on 2.94 terabytes, with information including more than 11.9 million documents, close to three million photographs and more than 1.2 A million email correspondences. The information came from 14 sources, companies that provide services to wealthy customers who want to hide their money in tax havens and straw companies.

The investigation includes details of 35 current and past country leaders, more than 300 public figures including prime ministers, judges and mayors and more than 100 billionaires, including celebrities, rock stars and leading businessmen. “The documents reveal the inner workings of a shadow economy that benefits the rich and affluent at the expense of all others,” the International Consortium noted.

One of the most prominent leaders in the investigation is the King of Jordan, Abdullah II. According to the documents, the Hashemite ruler built an international real estate empire with more than 14 luxury buildings worth more than $ 100 million and his properties also include three adjoining buildings in Malibu, California with a view of the Pacific Ocean. Others allowed the Jordanian king to make the purchases from 1995 to 2017, even during the Arab Spring and when the residents of the kingdom were in financial distress.

The Jordanian government denied access to the investigation, but the king’s lawyers claimed in response that he was not required to pay taxes and that he used his personal capital and not public funds. They further argued that most of the companies identified in the investigation are unrelated to the king or no longer exist.

President of Ukraine, Volodymyr Zlansky, Was elected two years ago carrying the banner of the fight against corruption and the control of oligarchs. However, the investigation claimed that before the election, he transferred 25 percent of his holdings in a company abroad to a close friend who now serves as Zalanski’s senior adviser. Andrei Babish, One of his country’s richest men who will try to be re.elected this weekend, is said to have transferred $ 22 million to a network of straw companies in 2009 to buy real estate, including a mansion near Cannes on the French Riviera.

The names of 565 Israeli personalities also appear in the investigation. According to information published by journalists Uri Blau and Daniel Dolev from the “Shomarim” website, MK Nir Barkat, The former mayor of Jerusalem who may run for the Likud leadership in the future, continued to hold shares in companies until he was elected to the Knesset two years ago and even transferred his shares to his brother, even though he claimed he transferred his assets to blind trust and in violation of ethics committee regulations. The investigation alleges that in 2018, Barkat also held shares in eToro, which is registered in the British Virgin Islands, where there is no corporation tax and it is expected to undergo an IPO worth ten billion dollars.

On behalf of MK Barkat, it was stated in response: “Nir Barkat is one of the pioneers of high.tech in Israel and is proud to be a partner in the establishment of Check Point and other companies that have become Israeli national and global pride. Nir Barkat is proud of the fact that he has always paid his taxes in full in Israel and makes sure to work for a shekel a year in all his public positions. Upon entering the public arena about 18 years ago, he handed over management of all his business to his brother and upon his election to the Knesset submitted documents for blind management plus a full capital statement to the Ethics Committee and asked for its guidance as requested.

“It should be noted that the law allows a Knesset member to transfer his business to blind management to a relative who was a partner in his business in the past.

On the former minister, Haim Ramon, It was stated in the investigation that the Austrian capital tycoon, Martin Schlaff, Gave him control of the company with debts of more than $ 50 million, land worth € 14.4 million in Montenegro and a tourism project in Montenegro that has not progressed for more than a decade. The parent company in Cyprus, which was managed by Ramon, also transferred money to the Hapoel Tel Aviv team and even planned to transfer money to Ramon’s son to purchase a property in Berlin. In response, Ramon rejected the allegations that he was a “straw man” of the Schlaff Foundation and defied that “these allegations are offensive, insulting and untrue.”

The Guardians website also published that a representative on behalf of the billionaire’s family Benny Steinmetz And a London lawyer examined in 2018 the possibility of taking out of Liechtenstein two funds with about one billion euros and transferring them to the Cook Islands, and this they claim is due to dissatisfaction with the trustee in Liechtenstein. The website estimated that the reason was that Liechtenstein tightened the legislation against tax havens. Steinmetz’s spokesman said the publication was part of a “defamation campaign” against him and that he was “conducting his business while keeping the law in place and reporting it fully to the tax authorities” and that “Cook Islands has no, has not been and will not have any activities or accounts”.

Another investigation concerns settlers’ associations that deal with the settlement of Jews in East Jerusalem. The details show that since the associations, the most prominent of which is Ateret Cohanim, did not pay fees and taxes for the companies they ran abroad, some of the companies that were registered in the British Virgin Islands were deleted and the local government took ownership of the property, including buildings in East Jerusalem. 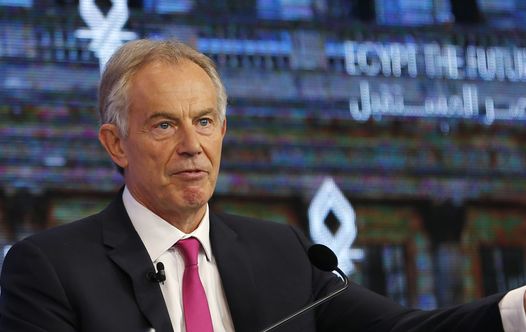 Former British Prime Minister Tony Blair, who earlier this year warned that “the tax system has become a paradise for conspiracies”, is mentioned as having exploited the loopholes himself. According to the documents, in 2017, Blair and his wife Sherry became the owners of a $ 8.8 million Victorian building after acquiring a company from the British Virgin Islands that owned the property, and now houses Sherry Blair’s law firm. The company was previously owned by the family of Bahrain’s tourism minister, Zaid bin Rashid a.Ziani, and the purchase of shares instead of buying the building saved the couple more than $ 400,000 in property taxes.

Although Russian President Vladimir Putin is not himself mentioned as making capital from straw companies or tax havens, the documents show personalities close to Putin as having rake in capital in secret ways. One of them is Konstantin Ernest, a TV producer and senior who is considered to have been behind the construction of the president’s image as “Russia’s savior.” The investigation shows that he hid behind layers of companies abroad to serve as a silent partner in a state.funded privatization contract for the purchase of dozens of cinemas and other properties from the Moscow municipality. As a result, his capital reached $ 140 million in 2019.