In Berlin, the first anniversary of “post Merkel” reunification 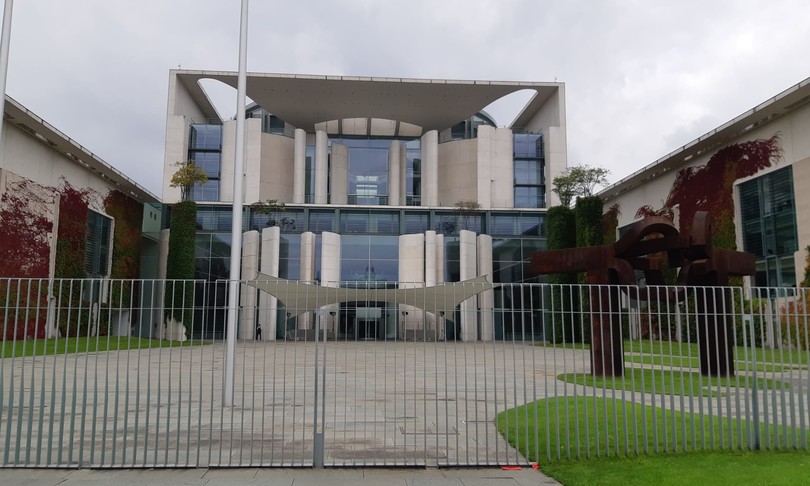 Berlin celebrates the 31 years of reunification between the two Germanys, which took place 11 months after the fall of the wall, and is the first anniversary of the post.Merkel. The chancellor from the East governed the country for more than half of the period that separates it from that October 3, 1990 in which the former GDR, divided into three Laender, was formally aggregated into the Federal Republic.

And in this transitional phase, Berlin confirms its nature as a city ​​of a thousand contradictions and constantly changing. Not only because, after being razed by the Allies in the Second World War, it was completely rebuilt, or because for 28 years, from 1961 to 1989, it was divided in two by a very long reinforced concrete wall (more than 43 kilometers , he remembers in the explanatory posters of the open.air museum along his path), but also because of its very status as a recent “decentralized” capital of a country where reunification has not completely erased the differences.

Now that, after 16 years, Frau Angela Merkel will no longer be the tenant of her “washing machine”, as the Berliners call the Kanzleramt building, Berlin has a female mayor for the first time, the social democrat Franziska Giffey who by a few thousand votes won over the main competitor, the Verde Bettina Jarach.

A multiple and messy vow

In addition to the city.state government, on 26 September i 2.4 million Berlin voters (out of 3.6 million inhabitants) they also voted for the district assemblies and above all for an all.Berlin referendum aimed at expropriating some large real estate companies of their properties to make the capital’s housing market easier.

Multiple voting has caused confusion e long lines at the polling stations in Berlin: direct witnesses told Agi that they had the opportunity to vote several times for the same of the many questions, others that they did not have all the required ballots. In all, there were to be 5: two for the renewal of the Bundestag, one for that of the Land parliament, a fourth for the district councils and a fifth for the referendum. Someone had 4, others 6.

“If it had happened in Russia or Nigeria – jokes but not too much a fellow Berliner” doc “journalist, head of the political editorial board of a major German newspaper, in front of a coffee the day after the elections – we would have all shouted scandal asking to redo everything, but here in Germany no, we go on as if nothing had happened”.

Confusion or not, the “yes” to expropriation won in Berlin with 56.4% of the votes and should therefore “free” 15% of the capital’s entire real estate portfolio, about 240,000 apartments. But, after having stated that she wanted to respect the will of her fellow citizens, the new mayor has already said that she imagines various legal obstacles to its implementation.

Those who live in Berlin know this well: as a young Italian.German couple tells us, finding a house for rent is very difficult, the prices are exorbitant and every time some attractive apartment is put on the market hundreds of competitors get on the track, having to face real 360.degree interrogations by the owners who can afford to choose the tenants in a discretionary way.

Also to go and visit these houses, as to enter all closed places, you need a vaccination certificate (what in Italy is called green pass) but in Berlin over a third of the inhabitants do not have it, by choice, and why alternatively you can show a negative test, which so far has been freely available to every corner of the city. They can be done in pharmacies, in bicycle gazebos, in stations in department stores, and always free of charge.

A short buffer for a fee

But things will soon change: in the coming days, in fact, a ticket for tampons will be introduced anti.covid with the specific objective of increasing the share of those who accept vaccination, lower than the national average not so much in the city but in the states of the former GDR surrounding the capital, Brandenburg, Saxony and Thuringia.

In these first days of autumn, life in this contradictory city seems to have returned to normal pre.Covid: children at school, trains, subways and trams crowded with people with masks, lots of bikes whizzing on the cycle paths, car traffic during rush hour.

The bars and restaurants in the central areas of Mitte and those of the “nightlife”, Kreuzberg or Prenzlauer Berg, are back to fill up, but above all in the tables on the outside pavements, despite the fact that the evening temperatures are certainly no longer summer. Fears of contagion are still widespread e Berlin’s legendary nightlife pays the price. Even cinemas, theaters and concert halls are still limited in number of spectators and it is very difficult to find tickets, while in museums the flow of visitors is slowed down by checks.

This did not prevent the city, and precisely on election day, from being therefirst in the world to host an international marathon: 25,000 runners they walked the streets of the center, blocking traffic and causing controversy among citizens. “We have to vote by queuing up, we struggle to get to the polling station because traffic is blocked, and the virus? I would not be surprised by a resumption of infections in a few days, due to all these people together ”, complained an elderly voter in the queue last Sunday just a few steps from the race circuit.