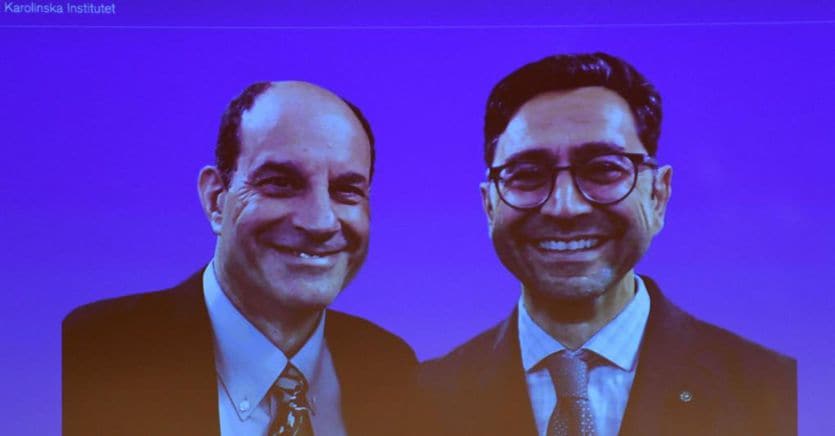 The Nobel Prize in Medicine and Physiology was awarded by the Royal Swedish Academy of Sciences to David Julius (USA) and Ardem Patapoutian (Lebanon), for the discovery of the mechanisms that allow us to perceive temperature and touch. The announcement came from the Nobel Assembly at the Karolinska Institutet in Stockholm in Sweden.

Their revelation “allowed us to understand how heat, cold and mechanical forces can activate the nerve impulses that allow us to perceive and adapt to the world around us” reads the motivation for the award. The discovery, he continues, “is used to develop treatments for a wide range of conditions, including chronic pain.”

The two categories, generally distinguished between prizes for medicine or physiology, were considered jointly. The award is equal to 10 million Swedish kronor, equal to the equivalent of almost one million euros (986 thousand euros).

The discovery of the winners

“Our ability to perceive heat, cold and touch is essential for survival and supports our interaction with the world around us. In our daily life we ​​take these sensations for granted, but how are nerve impulses initiated so that temperature and pressure can be felt? This question was answered by this year’s Nobel laureates, ”explained the jury at the Karolinska Institute in Stockholm. David Julius used capsaicin, a pungent compound in chili peppers that induces a burning sensation, to identify a sensor in the skin’s nerve endings that responds to heat. Ardem Patapoutian used pressure.sensitive cells to discover a new class of sensors that respond to mechanical stimuli in the skin and internal organs. These groundbreaking discoveries have sparked intense research that has led to a rapid increase in understanding of how our nervous system perceives heat, cold and mechanical stimuli. Winners identified missing critical links in understanding the complex interaction between our senses and the environment, the jury explained.

Who are Julius and Patapoutian