For the first time: the EU presents a strategy to fight anti.Semitism 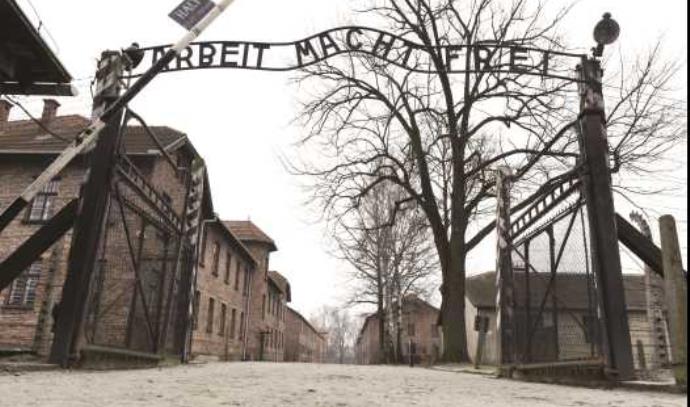 The European Commission today (Tuesday) presented a first.of.its.kind strategy to combat anti.Semitism and cultivate Jewish life and Jewish heritage on the continent. This is against the background of the rise in manifestations of hatred towards Jews, especially in the shadow of the corona plague.

“European Jews and Jewish communities have contributed to Europe’s social, political, economic, scientific and cultural development for more than two thousand years and are an integral part of Europe’s identity,” the document said. “From Gustav Mahler to Sigmund Freud, from the Ardent camp to Simon Weil, Jews have enriched Europe’s cultural, intellectual and religious heritage.”

“Anti.Semitism has not stopped with the Holocaust. Generations after the end of the Holocaust, anti.Semitism is on the rise, in Europe and beyond.” “Anti.Semitism does not conform to Europe’s core values. It represents a threat not only to Jewish communities and Jewish life, but also to an open and diverse society, to democracy and to the European way of life. The European Union is determined to put an end to this.”

The new strategy that will be in force for the next decade includes three pillars – preventing all manifestations of anti.Semitism, protecting and nurturing Jewish life, and promoting research and education and the memory of the Holocaust. “The Commission invites all EU institutions, member states, international organizations and all civil society actors and citizens to commit to a future free of anti.Semitism in the EU and beyond,” the document said.

According to the strategy, the Commission will transfer funding to the member states to formulate national strategies to combat anti.Semitism and will work to establish a European network that will detect and remove hate speech on the Internet. In addition, official funding from the Union will be transferred for the benefit of improving security in public spaces and religious buildings.

The European Commission will also work to protect Jewish heritage and raise awareness of Jewish life, culture and traditions. In order to preserve the memory of the Holocaust, the Commission will assist in establishing memorial sites in places related to the persecution and murder of Jews during World War II, especially unrecognized sites such as hiding places and execution sites, and will work to establish a network of young Holocaust ambassadors.

“Today we are committed to the prosperity of Jewish life in Europe in all its diversity,” said European Commission President Ursula von der Lane. “We want to see Jewish life flourish again in the hearts of our communities. That’s how it should be. This strategy represents a change in the way we respond to anti.Semitism. Europe can only prosper when its Jewish communities feel safe and prosperous.”

Margretis Shinas, Vice President of the European Commission for the Promotion of Life, added that “this strategy – the first of its kind – is our commitment to fight all forms of anti.Semitism and to secure a future for Jewish life in Europe and beyond.” “We owe it to those who became extinct in the Holocaust, we owe it to the survivors and we owe it to future generations,” he declared.