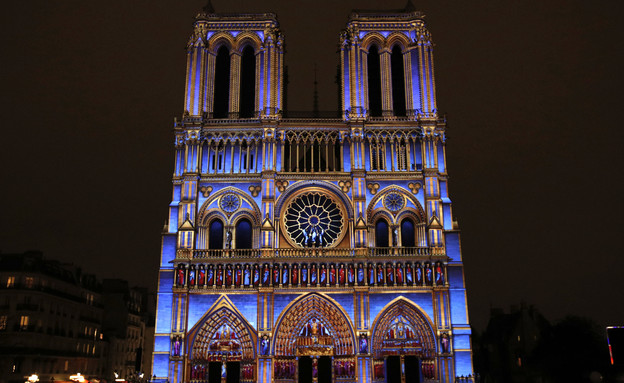 Dramatic exposure in France: Priests of the Catholic Church in France have sexually abused hundreds of thousands of minors since 1950, a special committee set up by Catholic bishops in 2018 reports today (Tuesday). Social groups.

An investigation into the many cases of sexual abuse shows that at least 216,000 minors have experienced sexual abuse and assault in the last 70 years. The commission was set up privately and independently, but after the announcement was made this morning, the French authorities announced that they were being updated on the details of the investigation. The report also shows that as part of the church’s activities in the last decades, no less than 3,000 pedophiles have worked there.

This was revealed by Jean.Mars Soba, head of the committee that drafted the report. According to him, the acts of abuse took place in a systemic and systematic manner. The things were presented in an online presentation, which showed that not only had the church not taken the necessary measures to prevent the abuse over the years, but also turned a blind eye and sometimes even made contact and connected the victims with the attackers.

Soba said the hard trend has not gone anywhere yet and continues to exist. He added that until the 2000s the church showed complete indifference to victims, and began to change its approach only in the years 2016.2015. He further revealed that the commission identified only about 2,700 victims, but the study they conducted estimates that there were at least 216,000 victims, and even said that the number could increase to 330,000.

“You are a disgrace to humanity,” said Francois Debo, who founded the Association of Victims.The Words Libérée “to church representatives at the presentation of the report.” In this hell there were masses of heinous crimes, but there were even more serious crimes: betrayal of trust, morals, children, “Debo said, accusing the church of also cowardice in exposing the report.

The pope, Francis, referred to the report’s findings and said he expressed “great sorrow” for all the victims who were sexually abused by members of the Catholic Church. The pope further added that he expressed great appreciation to all the people who chose to complain as part of the investigation. He made it clear that he hoped the exposure would “shorten the path to redemption for those involved”.